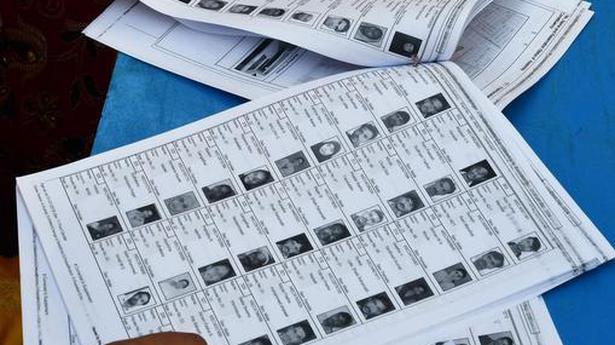 Over 48% of first-time voters in the 16 Assembly constituencies of the city district have not registered their names on the electoral rolls, according to the findings of a study by the District Election Office.

“We have started a campaign to create awareness among young voters. Officials will contact each of the 64,152 first time voters and persuade them to enrol. We are conducting 34 different activities focusing on young voters. The music event on Marina Beach on Sunday at 6 a.m. will attract young voters. Another event at Nagaswara Rao Park at 5 p.m. on Sunday is also expected to focus on young voters. Another event will be organised at Anna Nagar Tower Park on Sunday at 6 p.m.,” an official said. In the last election, more than 84,000 first time voters were on the rolls in the 16 Assembly constituencies in the city.

Of the 34 activities planned to create awareness among electors, 10 are under way. Programmes such as the e-bike rally, programmes at hostels, beaches, gymnasiums, stadium and public transport hubs have been planned this week.

Efforts would be taken to bridge the gender gap, with 82.9% men and 81.18% women on the rolls, said an official. Rangoli events to create awareness among women electors have been proposed at various locations this week. Training of election officials started on Saturday. Meetings with election expenditure observers were held in Ripon Buildings on Saturday.