Antilia scare | Counsel will be present when Sachin Vaze is quizzed 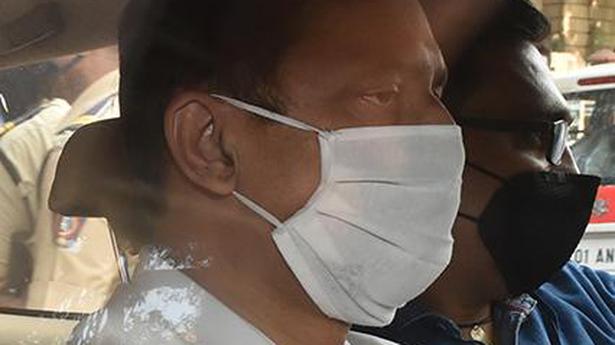 A city civil and sessions court on Tuesday allowed a counsel to be present while the National Investigation Agency (NIA) is probing suspended assistant police inspector Sachin Vaze in a case concerning the recovery of an explosives laden car found next to Mukesh Ambani’s residence, Antilia, at Cumballa Hill, South Mumbai.

An advocate/counsel is allowed to be at invisible and not audible distance at a time when Mr. Vaze is being interrogated. Advocate Sunny Punamiya had filed an application on March 12 seeking for a CCTV camera to be in the room where Mr. Vaze is interrogated and for a counsel to be present.

He has also filed an application asking if all procedures were followed during and after Mr. Vaze’s arrest. The NIA will file its reply on March 25, the day Mr. Vaze will be presented in court.

He was remanded to NIA custody on March 14 after being arrested at 11.50 p.m. on March 13 for his “role and involvement in placing explosives laden vehicle near Carmichael Road”. The SUV car was found with 20 gelatin sticks on February 25 and the police said the car was stolen from Airoli-Mulund Bridge on February 18.

The officer, infamously known as encounter specialist, has also moved the Bombay High Court through his brother challenging his arrest and calling it “illegal.”