ARIES facility will host the support centre for Aditya-L1 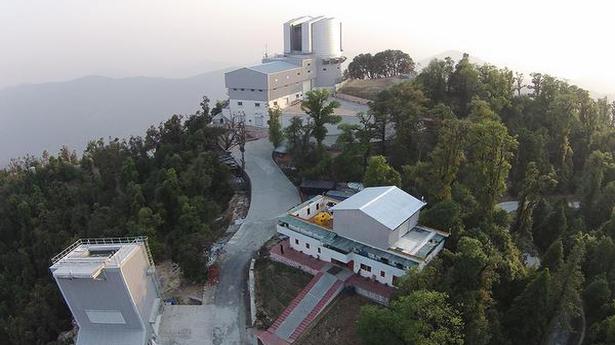 The Indian programme to study the Sun and the region between the Sun and the Earth from space – Aditya-L1 – is due to be launched next year. It will carry seven payloads which have been developed by various institutions across the country. Once the mission is launched, there will be a need for a ground support centre to monitor and coordinate the work on its various payloads. This role will be played by the ARIES facility (short for Aryabhata Research Institute for observational Sciences) which is situated near Nainital. In January 2021, an agreement was signed to this effect based on the proposal submitted by the ARIES team, led by Dipankar Banerjee, Director of ARIES, who is a solar physicist and co-chair of the science working group of the Aditya-L1 mission. With about four to five personnel, this centre will come up at Haldawani, where ARIES is setting up a data centre also.

Researchers who may not even be associated with core Aditya-L1 team will be able to book a specific payload to conduct observations for a particular time. Any PhD student or postdoctoral fellow in a research institution can submit observing proposals through the online proposal submission system. “The main aim of this centre is to let every researcher in India perform analysis over scientific data obtained from Aditya-L1. The total number of guest users will be from a few tens to a few hundreds,” says Prof. Banerjee. A time allocation committee comprising senior and expert scientists will evaluate proposals based on their merit and feasibility to decide the priority. “We are open to users outside India by giving hand-outs of data analysis during international meetings and online training in the later phase of the mission,” he adds.

The Aditya-L1 Support Centre (ASC) will provide training through regular workshops for the guest users. Apart from this, it will provide ready-to-use Python and Java apps for the satellite data and demos and handouts to facilitate the guest users. An ARIES team has recently developed an algorithm to study the accelerating solar eruptions in the lower corona called CMEs Identification in Inner Solar Corona (in short, CIISCO), where CME stands for coronal mass ejection. Prof. Banerjee explains how this will be put to use: “The centre will also provide source code for advanced data analysis. For example, it will provide the source code for CIISCO that we have developed in ARIES to detect accelerating CMEs in the solar atmosphere.”

The group has also developed several advanced image processing algorithms to detect fine-scale structures in the solar atmosphere. Such techniques are important to capture dynamics at different spatial and temporal scales. Prof. Banerjee gives an example of this: “While ISRO will provide raw and calibrated spectra of the solar atmosphere, at ASC we will further process the spectra to derive meaningful quantities such as intensity, Doppler velocities and line widths and provide these quantities to the scientific community.”

The facility will store co-aligned data from other observatories. That is, data taken at other wavelengths of observation than by Aditya-L1 and aligned in time and space so that they complement Aditya-L1 observations.

The centre will host a compendium of the location and duration of different features on the solar surface such as coronal holes, prominences, flares, CMEs and sunspots. “We will employ automated methods to detect these features,” he says. Continuous monitoring of the location and duration of these features will help in monitoring the Earth directed CMEs and thereby, the space weather. “Also, it will help us to understand the long-term evolution of these features and underlying physical mechanisms responsible for this,” says Prof. Banerjee.

“This centre will expand the visibility of Aditya-L1 beyond India at the international level.

Also, it will expand its reach within India. It will allow every interested individual to be able to perform scientific analysis of the data,” he adds.