As ‘Grey’s’ Returns, Wilson Says It Has Connected Viewers 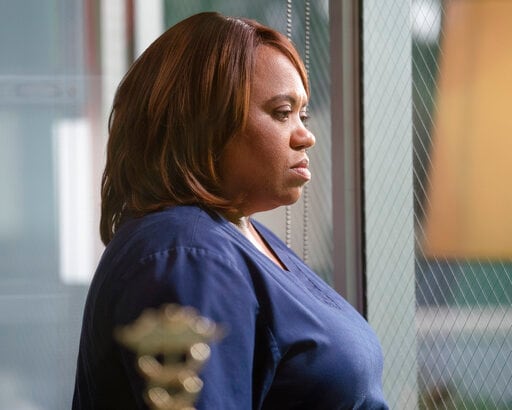 LONDON: Unlike lead character Meredith, Greys Anatomy is not fighting for its life.

It is the most-watched entertainment series for the season to date among young adults on Thursday night and resumes season 17 this week. It has not been announced whether there will be a season 18.

The series which follows the staff of a Seattle hospital has provided life support for its audience, whether its an emotional outlet or career guidance.

During the pandemic, it also entertained people stuck inside, re-watching or discovering it for the first time. Viewers have gathered on social media to discuss love, life or death plotlines from recent and more older seasons.

Chandra Wilson, an original cast member, noticed this trend and has been viewing old episodes herself with her daughter.

If it was up to her, wed have been done with 16 seasons in 16 days, she laughs. Im new to this whole binging thing.

Watching old episodes has given her daughter the chance to pass verdict on the similarities between Wilson and her character, Dr. Miranda Bailey.

I always say that we just really are different people for so many reasons, the way we talk, how we think, what we say to people, explains Wilson. But from my daughters perspective, she would say, no thats you, thats you Ma.’”

Something that hasnt changed during her 16 years as Bailey and often as a director on the show is the influence of her character.

Bailey is a successful Black female surgeon, who has coped with mental health issues yet takes no nonsense from anyone.

Since the first season of the ABC series created by Shonda Rimes Krista Vernoff is the current showrunner “Grey’s Anatomy” has received mail from people inspired to pursue medical careers.

They tell us about where they are in residency or where they are in med school or are or, you know, just that this door has opened up for them, but particularly women of color that let me know before I saw a Miranda Bailey on television, that I hadnt even thought of that for myself.

Letters have been sent by surgeons, general practitioners and nurses.

If thats the service that we have provided with all these seasons, then we will take it, because its just amazing, she adds.

An added responsibility in 2020-2021 is the portrayal of the pandemic.

Greys Anatomy, more than other U.S. medical drama, demonstrated the toll of COVID-19 on patients, health workers and the public in storylines across the first half of season 17. Bailey dealt with loss after she struggled to keep her parents safe.

At the time that the episode aired where Miranda lost her mom, we hadnt had like a national day of grieving yet. We hadnt really been able to mourn yet as a country, as a community. says Wilson.

So the response that that we got right away was, this happened to me and I havent had a chance to cry yet. Thank you for giving me a place I could go to cry.

When the show went on hiatus in December, Ellen Pompeos Meredith Grey was on a ventilator fighting the coronavirus. Losing consciousness has led Grey to a dream state, where shes met long dead characters including her husband, Dr. Derek Shepherd (Patrick Dempsey) and Dr. George O’Malley (T.R. Knight) on a beach.

As it picks up this week, its expected shell still be ill.

Could they kill off Meredith and end the series this year?

Pompeos contract is up and theres no word on if Greys Anatomy will survive long enough to tie up long-running storylines and say a proper goodbye to the beloved characters in a world beyond COVID-19.

Wilson says that if it was the final season, there should be a lot of fanfare.

I think after 17 seasons, our show deserves the biggest celebration, end, final season ever,” she said.