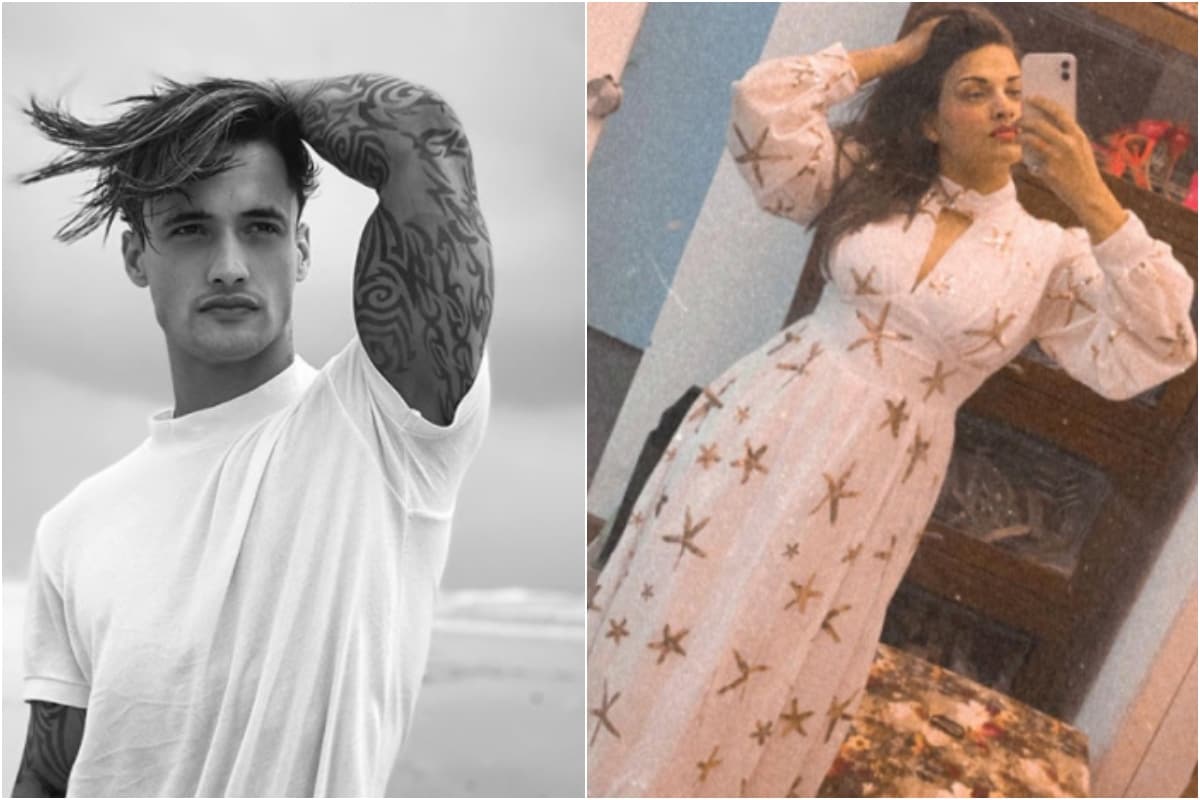 Bigg Boss 13 contestant Himanshi Khurana always manages to capture her fans’ hearts. The gorgeous reality show star took to the Instagram platform once again to share a mirror selfie and her boyfriend Asim Riaz is impressed. It is not the first time that the BB 13 fans are seeing this couple display some affection publicly. The duo has always been open about their relationship through multiple interviews.

In this latest picture, Himanshi is seen donning a pristine white flowy dress. It has a plunging neckline, fluffy full sleeves and stars printed on it. This simple but chic look was enhanced by the girl with minimum makeup except a light pink dash of lip colour. The outfit by Mad About Fashion definitely stands out. Asim commented under the post with two fire emojis.

Earlier too, Asim showed off his girlfriend’s achievements on his own Instagram story. The actress released her single, Surma Bolerecently. Its poster look was flashed on one of the billboards in the New York city’s bustling hotspot, Times Square. Himani shared this news with the fans and Asim, just like any proud boyfriend would do, shared this moment with the fans too.

There have been many speculations regarding their breakup in the past few months. But the couple always managed to shut these negative rumours with their social media interaction here and there.Their love story started on the sets of Bigg Boss 13 but continued even after the show. They further worked in romantic single videos like Kalla Sohna Nai, Khyaal Rakha KarandAfsos Karoge. Their chemistry on the show as well as now off-camera has left the fans curious about their engagement. So much so, that the netizens mistook Himanshi’s casual ring purchase as her ‘engagement announcement’.However, she had later clarified that she bought herself a ring as her hobby and investment.