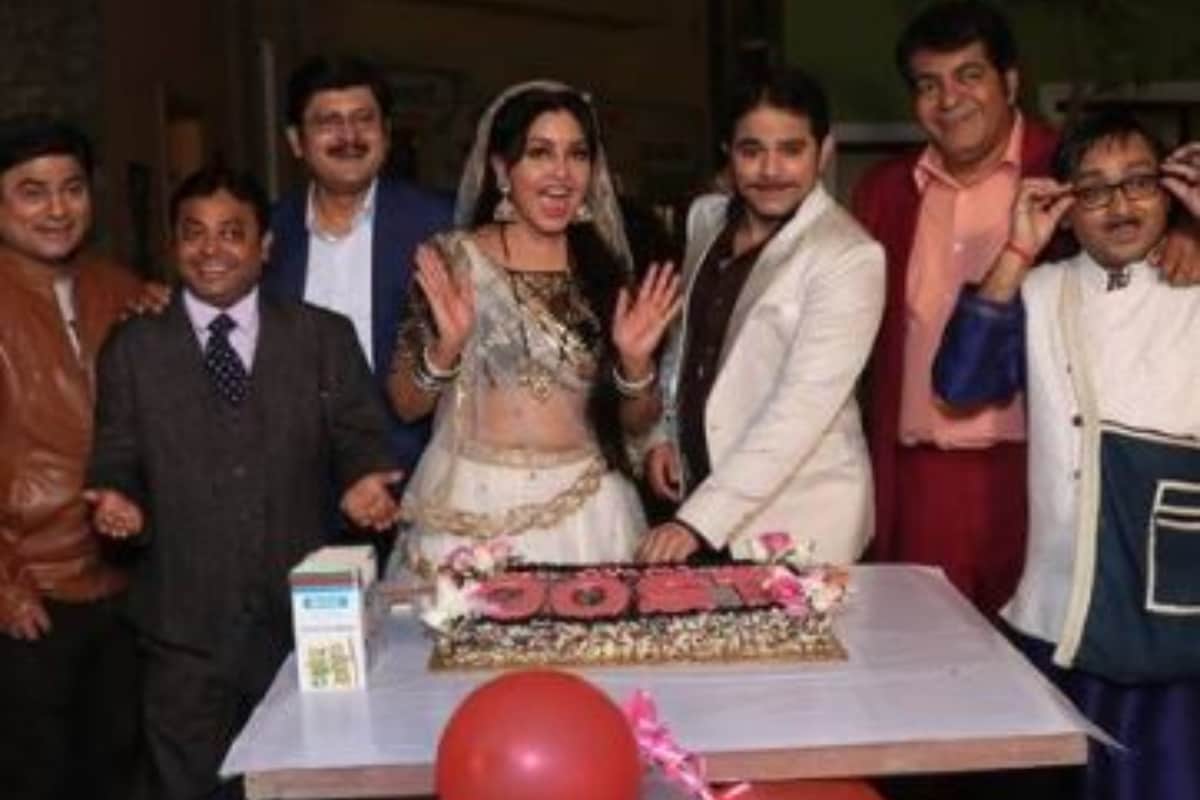 Television show Bhabiji Ghar Par Hain recently completed 1500 successful episodes. The cast of the show celebrated the occasion with cake-cutting. The cake had “1500 congratulations from &TV team” written on it.

Shubhangi Atre, Rohitashv Gour, Aasif Sheikh and the other cast members of the show were present during the cake-cutting. Nehha Pendse, who recently joined the show as Anita Bhabi, was missing from the celebrations.

Bhabiji Ghar Par Hai was launched in 2015 and since then both the lead actresses have been replaced. Subhangi took over Shilpa Shinde’s role, whereas Nehha is seen in the role played by Saumya Tandon. While Shilpa played Angoori Bhabi for one year, Saumya was part of the show for five years.

Meanwhile, on joining the show as Anita Bhabi, “Firstly, I am thrilled to be playing the role. I have made my contributions in the fresh look of Anita Bhabi. The idea was not to create an entirely new look but bring alive my personality with a tinge of freshness to the overall persona of Anita Bhabi. The Indo-western look continues, but the glam quotient and the oomph factor will be a notch higher. I am eagerly looking forward to the audience’s response,” said Nehha.