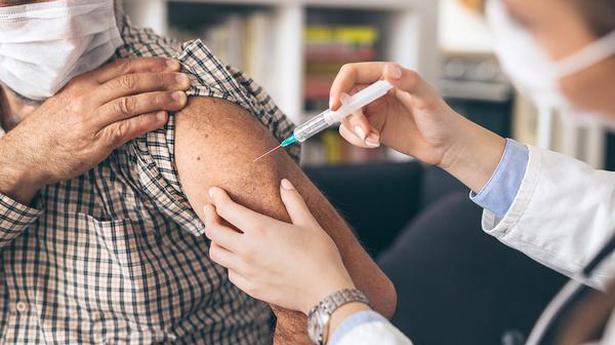 The booster dose will be given six months after the second dose, the company is to follow up the participants for at least six months

In a meeting held on March 24, the Subject Expert Committee of the India drug regulator permitted Bharat Biotech to carry out a phase-2 trial of Covaxin wherein a booster dose is to be administered six months after the second dose to further improve vaccine efficacy. Currently, two doses of Covaxin are administered 28 days apart.

The booster dose will be given six months after the second dose and the company has been directed to follow up the participants who get a booster dose for at least six months.

Virologist Dr. Jacob John, formerly with CMC Vellore, feels that providing a booster dose will be a good idea in increasing the duration of protection. “The immunological principle says that to make long-lived antibody secreting cells as well as long-lived memory T cells, the first and second dose should be given 28 days apart and the third dose should be given with a minimum gap of four months after the second dose and optimally five months after the second dose,” he says.

According to him, when only two doses of the vaccine are given with a gap of 28 days between doses, the immunity would last for about a year or so. “So if the disease is around for more than a year, then a booster dose is needed after a year if only two doses are given one month apart,” says Dr. John. “The reason being that the first dose is a priming dose while the second dose given 28 days later is partially priming and partially boosting. As a result, the boosting effect of the second dose is short-lived, which is about a year.”

Since Covaxin uses an inactivated virus platform, the virus does not multiply in the body and so the antigen level is maximum only for a day or two. In order to stimulate the immune system, a second dose is needed.

He warns that when the second dose is given less than 28 days after the first, no boosting effect is achieved, and when given after 28 days, the booster effect is only partial and will last for about a year. So a booster dose will be needed after a year if the disease is around.

“If the third dose is administered four–five months after the second dose, the immunological principle is that the immunity will be long-lived. This is because the antibody secreting cells will be treated specially by the body and will be taken into the bone marrow and will live for years and continue secreting antibodies,” Dr. John says.

But the second dose given with at least eight weeks gap after the first resulted in higher antibody levels and longer duration of protection. However, a booster dose is still required and so the third dose is given a year after the second dose.

In the North Arcot Polio study of 1986–1995, Dr. John and his team administered the first dose at 14 weeks and the second dose 22 weeks later. The third dose was administered at nine months of age. “Polio almost disappeared,” Dr. John vividly recalls. Despite the very encouraging results of the study, the government dumped inactivated polio vaccine and instead went ahead using oral polio vaccine to combat polio in the country. Unfortunately, even the results of the study were not published.

But in 1998, Dr. John and three others included the critical data of the North Arcot Polio study in a paper in The Lancet. The paper dealing with district-level disease surveillance showed that increasing vaccine coverage both in private and public health facilities resulted in a substantial drop in the prevalence of vaccine-preventable diseases. In the case of polio, the drop was from 150 cases in private hospitals and 116 cases in government hospitals in 1989 to just 14 polio cases in private hospitals and five cases in government hospitals six years later in 1995. “The intervention was not to eradicate but to contain polio,” says Dr. John recalling the study.