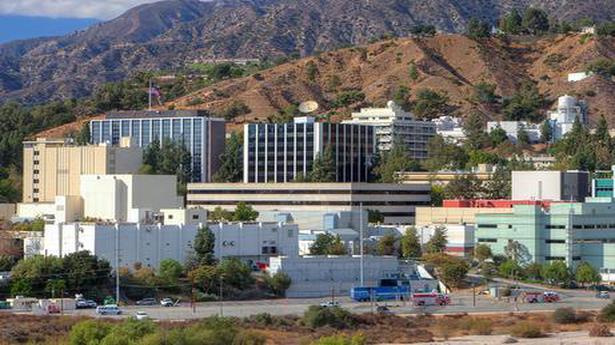 Doctoral students are the mainstay of research in universities. In many countries including India, universities also conduct off-campus doctoral programmes in research laboratories. The Indian Institute of Science pioneered a variant of off-campus programme called External Registration programme which enabled employees working in laboratories or industries to register for a doctoral programme under the supervision of its faculty and carry out a major part of research at their workplace. The external registration programme has now been adopted by more higher education Institutes. The topic of research taken upunder off-campus programmes is always of relevance to the workplace. One could go a step further and make workplaces pursuing knowledge-based work a part of a cluster-based university.

Homi Bhabha National Institute (HBNI), Mumbai, established in 2005, by the Department of Atomic Energy, is a cluster-based university and I have had a long association with it. Jet Propulsion Laboratory (JPL), California, U.S., is a federally funded research and development centre managed by California Institute of Technology (Caltech).

The intellectual environment and identity of JPL are profoundly shaped by its role as a part of Caltech. A large laboratory, JPL has about 6,000 full time employees, and Caltech was placed eighth in the Academic Ranking of World Universities (ARWU) by Shanghai Rankings in 2020.

SOKENDAI (the Graduate University for Advanced Studies) established in Japan in 1988 and running only doctoral programmes, brings together several research institutions and museums such as the National Museum of Japanese History.

The Paris-Saclay University received its legal status in 2019, though it has been functioning as a “university system” since 2015. The university shares 275 laboratories with several research organisations, including CEA (Atomic Energy and Alternate Energies Commission), INSERM (French Institute of Health and Medical Research) and others. Though just accredited, Paris-Saclay university was placed fourteenth in ARWU by Shanghai Rankings in 2020. It is now one of the Europe’s biggest research universities.

All countries have their unique legal framework for establishing universities, and therefore, while there are differences in the structure of HBNI, SOKENDAI, Paris-Saclay University, and Caltech, the objective is to benefit from synergies. It enables conducting academic research on focussed areas. It also enables pursuit of academic research and post-academic research in the same university, and results in faster deployment of results of research. Benefits can be seen from the growth and success of HBNI, which was ranked fourteenth a,pmg universities by NIRF-2020. Nature Index ranked HBNI at second position among all academic institutions in India during the period October 1, 2019 to 30 September 2020. Another example of a cluster-based university in India is the Academy of Scientific and Innovative Research established in 2011. Nature Index has ranked it at eighth position in India.

India needs to earnestly pursue this model. Institutions for clustering in a university can be selected based on different concepts; some examples could be institutes managed by a Department or a Ministry or a Public Trust, institutes located in close proximity, institutes pursuing similar objectives etc. Many industry associations have established research centres and more could be encouraged to do.

I will like to add a note of caution as well. In a cluster-based university, the ‘rewards system’ has to recognise all aspects of talent and all knowledge-based output. One may recall the advice given by P. B. Medawar to young scientists that “technicians are colleagues in a collaborative research”, and “despite their paper degrees”, young scientists have a lot to learn about research. This advice is more important today when complexity of experimental facilities is growing, and need not only competent technicians, but highly competent engineers, called scientific officers in national laboratories, for their design, construction, safe operation and maintenance. Scientific officers have deep insights about research capabilities of facilities.

For moving away from single-discipline institutions to multi-disciplinary universities, clustering is a promising model to achieve a critical mass in a university to invigorate research.