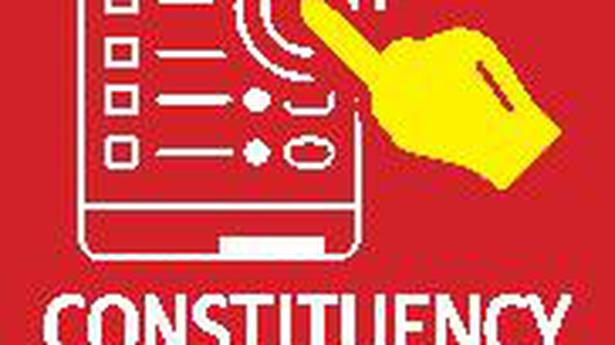 When it comes to leather exports, Vaniyambadi tops the list. The constituency is also famous for its lip-smacking biriyani and footwear industries. But there are long-pending issues such as the linking of the Thenpennai and the Palar, the lack of government colleges and the need for a rail over-bridge.

The constituency comprises many villages. A good number of farmers have abandoned agriculture because of the lack of water for irrigation and migrated to Bengaluru to work as daily-wage earners.

It has seen both the DMK and the AIADMK winning in the past elections. This year, the AIADMK has fielded G. Senthil Kumar. Mohammed Nayeem of the Indian Union Muslim League is contesting on behalf of the DMK-led alliance.

The sitting MLA is Nilofer Kafeel, the Labour Minister. However, she was denied renomination. She blames it on Commercial Taxes Minister K.C. Veeramani.

Vaniyambadi has a large Muslim population. “The people here usually do not vote for the party that has an alliance with the BJP,” says social activist Palar A.C. Venkatesan.

Residents, however, complain that whichever party comes to power, some of their demands are never fulfilled. “The Palar enters Tamil Nadu from Andhra Pradesh in Vaniyambadi. Agriculture and about 10 lakes are dependent on the river, which is most often dry. The river is the lifeline for most parts of north Tamil Nadu. However, as Karnataka and Andhra Pradesh have built check-dams across the river, the water never reaches us,” says Mr. Venkatesan.

Rainwater flows downstream in this region. “Many years ago, the National Water Development Agency said it was possible to divert 3.5 tmc ft of water from the Thenpennai to the Palar. All that needs to be done is to construct a canal from the Nedungal check-dam across the Thenpennai in Krishnagiri district and bring water to Kallar near Natrampalli in Tirupattur district. This will bring water to the Palar. But this has not been done so far,” he adds.

Another demand is to construct a subway at the New Town Railway Crossing in Vaniyambadi. “There were two railway crossings in the constituency — Pudur LC 82 and New Town LC 81. After much efforts, a rail over-bridge was constructed at Pudur 10 years ago. During the same period, a subway was sanctioned for the New Town crossing. But the work has not even begun. The work should be done soon,” says K. Sekhar, a resident.

Residents also want government arts and polytechnic colleges. “We also need a government higher secondary school. Children have to travel around 6 km to a government school. Most educational institutions are private ones,” he says.

The constituency has seen development in terms of roads, transport and water. “But many villagers want water supply through the Cauvery Integrated Water Supply Scheme,” notes Mr. Venkatesan.

People want the government to take over private quarries as they are causing damage to the environment. “As there are many tanneries and leather industries in the constituency, we need an export zone, a leather park and an institution to train youngsters in leather technology,” he says.