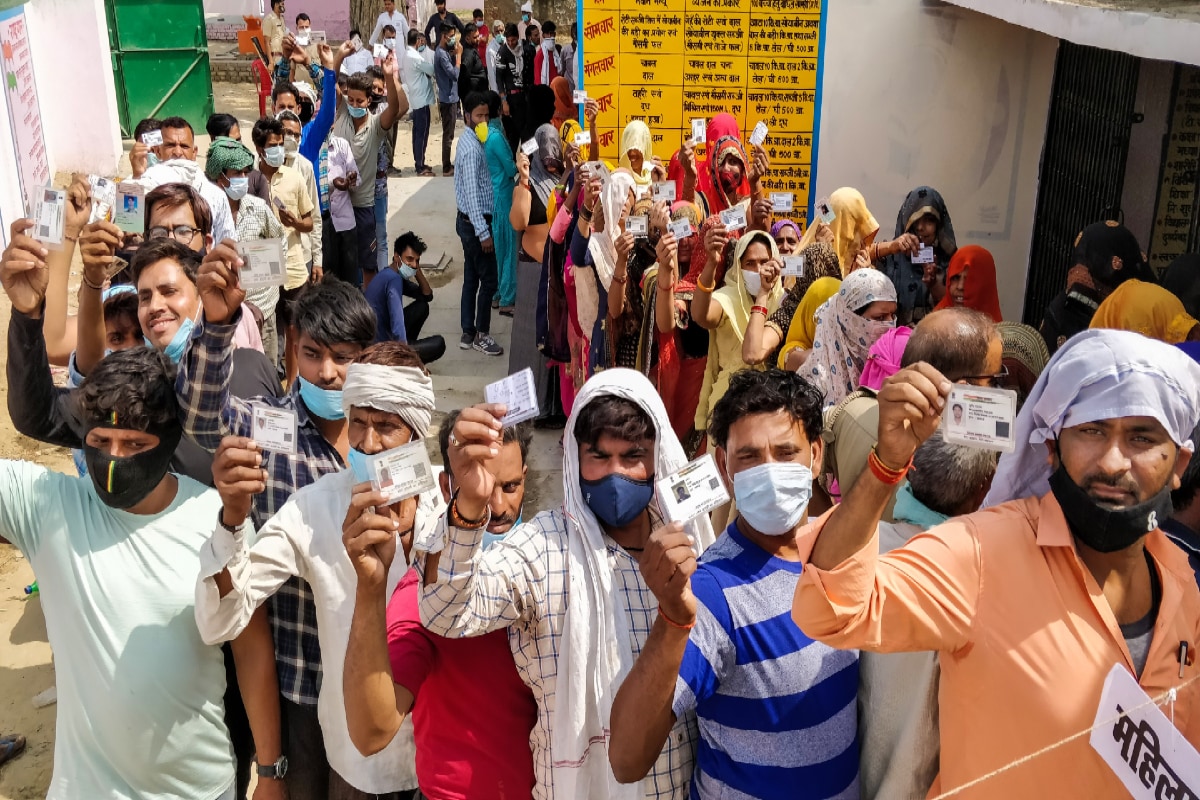 Over three crore voters exercised their franchise in the first phase of the Uttar Pradesh panchayat elections on Thursday held across 18 districts in 51,176 polling booths. According to numbers shared by the Elections Commission, 3,16,46,162 voters went to vote for the post of Zila Panchayat, BDC, Gram Pradhan and Gram Panchayat members. Early morning reports suggested that a massive number of voters turned up to cast their ballot, violating Covid-19 norms.

As India faces a massive coronavirus wave, there had been calls for cancelling the elections. Several BJP MLAs and MPs, including Kaushal Kishor, appealed to the Election Commission to postpone the Uttar Pradesh panchayat elections saying it could become a “super spreader” event.

In view of the coronavirus situation, the State Election Commission (SEC) had said in March that not more than five people would be allowed to accompany a candidate during door-to-door campaigning for the panchayat elections.

More than 3.33 lakh candidates are in the fray in over 2.21 lakh seats in the first phase for the posts of zila panchayat (district council) members, kshetra (block) panchayat members, village panchayat heads and wards.

“The polling is going on smoothly and no problem is reported from anywhere in the state. The polling, which started at 7 am, will continue till 8 pm,” a senior State Election Commission (SEC) official said here.

In Jhansi, Nirmala Sahu, a woman polling officer posted at Jauri Bujurg, a polling centre in Badagaon block died after she felt uneasiness, Assistant Superintendent of Police (ASP), City, Vivek Tripathi said. The woman felt uneasiness and before she could be rushed to hospital she died, the ASP said, adding that the exact cause of her death could be ascertained after post-mortem.

Apart from parties like the BJP, Bahujan Samaj Party, Samajwadi Party and the Congress, among those in the race are the AIMIM, Aam Aadmi Party and Bhim Army chief Chandra Shekhar Aazad’s Azad Samaj Party, which are making their debut in the state. The AIMIM will contest polls with the Suheldev Bhartiya Samaj Party. The candidates will, however, contest on ‘free symbols’ given by the Election Commission.

The voting for the second phase will be on April 19, the third on April 26 and the fourth phase on April 29, while the votes will be counted on May 2 along with the assembly election results of five states.