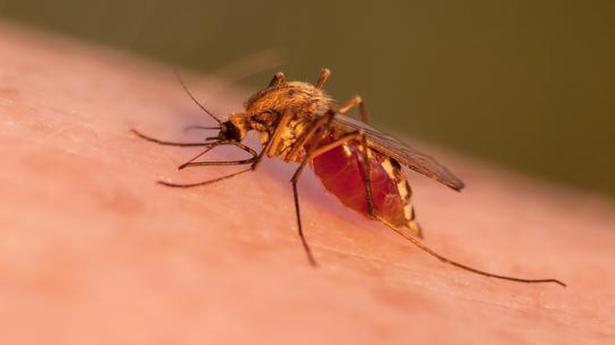 Scientists have unveiled the detailed genome of the malaria mosquito vector, revealing thousands of new genes vital for the development of genetic control strategies of disease transmission.

The researchers included those from Tata Institute for Genetics and Society (TIGS), and Institute of Bioinformatics and Applied Biotechnology, both in Bengaluru.

In order to engineer advanced forms of defence against malaria transmission, including targeted CRISPR and gene drive–based strategies, scientists require intricate knowledge of the genomes of vector mosquitoes.

Mahul Chakraborty, a project scientist at the University of California, Irvine (UCI) in the U.S. and colleagues produced a new reference genome for the Asian malaria vector mosquito Anopheles stephensi.

With the newly upgraded Anopheles stephensi genome, the team unearthed more than 3,000 genes that previously evaded scrutiny and which offer fresh gene-drive targets, play key roles in blood feeding and the metabolism of ingested blood meal, reproduction and immunity against microbial parasites. The research was published in BMC Biology.

“This reference genome and its excellent quality should help malaria biologists in India and the rest of the world, particularly in view of the national goal of malaria elimination in India by 2030,” said TIGS Global Director Suresh Subramani, a distinguished professor in the Division of Biological Sciences at UC San Diego.

The discoveries include 29 formerly undetected genes that play crucial roles in resistance to chemical insecticides, a development that can help address the growing Asian and African An. stephensi populations with insecticide-resistant mutations, the researchers said.The findings also offer clues suggesting that the molecular basis of insecticide resistance may differ between sexes, they said.

Facebook
Twitter
Pinterest
WhatsApp
Email
Print
Previous articleMets’ Lugo Needs Elbow Surgery, Will Miss Start Of Season
Next articleThe Hindu Explains | What has the WHO team’s field visit to China thrown up regarding the spread of SARS-CoV-2?