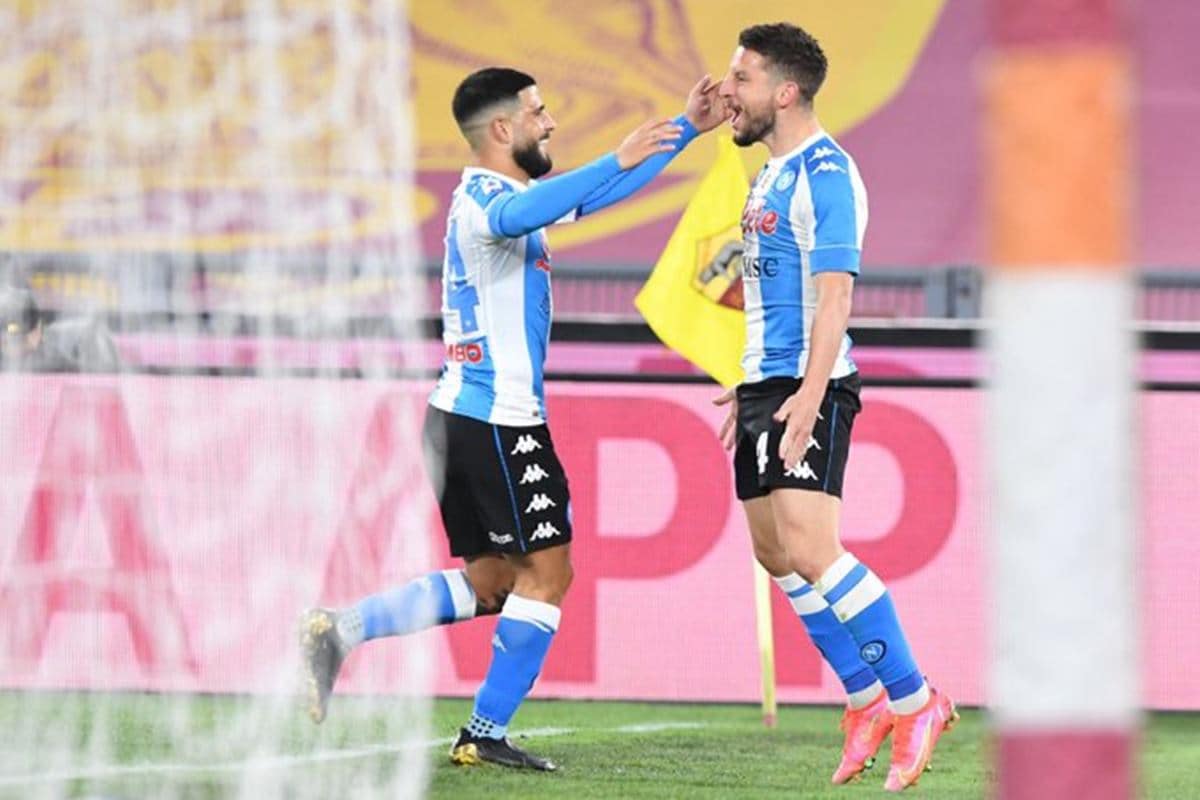 Dries Mertens scored his 99th and 100th Serie A goals for Napoli to secure a 2-0 win away to top-four rivals AS Roma on Sunday. The 33-year-old Belgian striker curled in a free-kick and nodded in a simple finish to put his side two goals in front after 34 minutes, and the hosts could not muster a response.

Mertens is only the third Napoli player to reach 100 goals in Serie A, after Marek Hamsik (100) and Antonio Vojak (102).

Lorenzo Pellegrini’s shot rattled the post for Roma in the second half but it was another disappointing big-game performance by Paulo Fonseca’s side, who have not won any of their matches against fellow top-seven sides this season.

The win was important for fifth-placed Napoli as it lifted them up to 53 points, three ahead of Roma in sixth and two behind Juventus and Atalanta in third and fourth respectively.

Facebook
Twitter
Pinterest
WhatsApp
Email
Print
Previous articleSamsung Galaxy Note Series Is Not Being Discontinued, But There Will Be No New Device This Year
Next articleA Look at the Amendments and the Central Government’s Claims