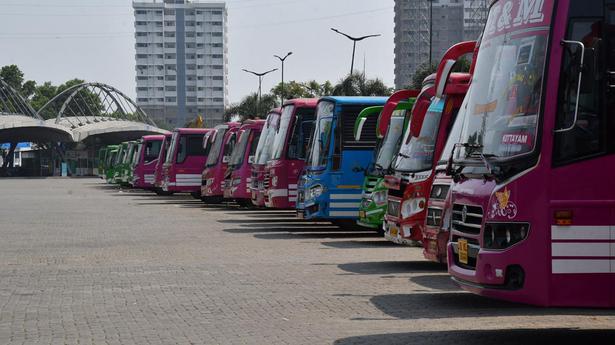 State-run KSRTC buses did not operate while taxies, auto-rickshaws and private buses remained off the roads across the State

Normal life was affected in Kerala during the initial hours of March 2 as a dawn-to-dusk motor strike, called by a joint committee of various trade unions to protest the spiralling fuel price in the country, began.

State-run KSRTC buses did not operate while taxies, auto-rickshaws and private buses remained off the roads across the State since the agitation began by 6.00 a.m.

Commercial vehicles including trucks and lorries were also not plying to express solidarity with the stir, called by Samyuktha Samara Samithi, an umbrella organisation of various trade unions.

Though the Committee requested all private vehicles to keep off the road, they made it clear that they won’t block such vehicles.

While the Bharatiya Mazdoor Sangh, a pro-BJP union, kept away from the agitation, all other major trade unions including the Indian National Trade Union Congress (INTUC) and Centre of Indian Trade Unions (CITU) vowed support to it.

All the exams scheduled for March 2 have been postponed in the southern State.

The SSLC, plus two, VHSC exams also have been rescheduled to March 8, government sources said.