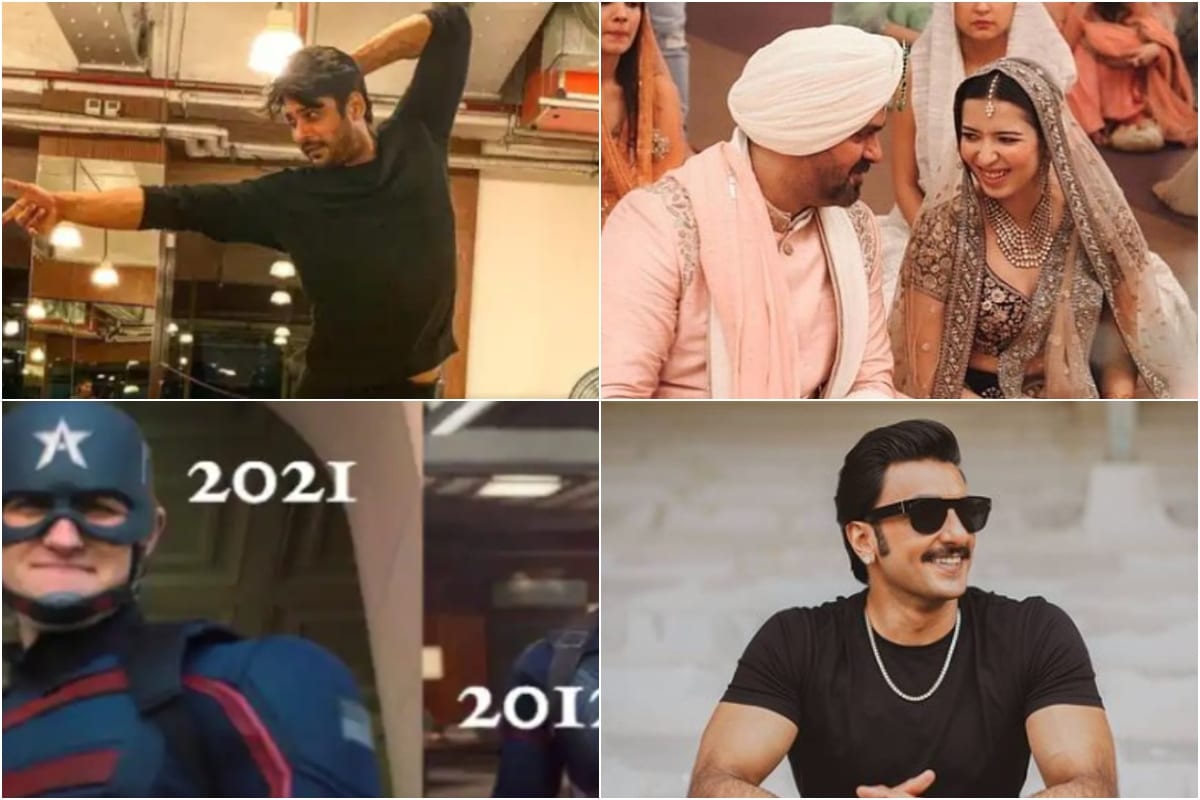 In another news, Actor Harman Baweja, known for films like Love Story 2050 and What’s Your Rashee?, on Sunday tied the knot with fiancee and health coach Sasha Ramchandani in an intimate ceremony in Kolkata.

Scroll though for more news and highlights of the day from entertainment and lifestyle world.

Harman Baweja and Sasha Ramchandani are now man and wife. The couple got married as per the Anand Karaj rituals at a gurudwara, in the presence of family and close friends from the film industry.

Ranveer Singh has posted three pictures on Instagram, dressed in a black T-shirt paired with black ripped jeans and sunglasses.

With nominations set and just over a month until showtime, details are trickling out about the 93rd Oscars and neither sweatshirts nor Zoom made the cut.

Read: Oscars Will Look Like a Movie, Not a Television Show, Say Award Ceremony Producers

The new MCU show The Falcon and the Winter Soldier dealt with the lives of Sam Wilson and Bucky Barnes after the events of Avengers: Endgame and also introduced a new government appointed Captain America. However, fans are highly unimpressed with the new cap.

Read: ‘Not My Cap’ Memes Flood the Internet as The Falcon and the Winter Soldier Introduces ‘New’ Captain America

Bigg Boss 13 winner Sidharth Shukla took to Instagram and shared a picture of himself striking a dance pose. The actor informed his followers that something exciting is coming up.

Check back tomorrow for more news and updates from the world of films and fashion.