India leans into better vegan options across the board Vegan menus in India are expanding, with a rise in home grown mock meats, dairy-free cheese and desserts, as more people experiment with plant-based diets

Vegans in India no longer have to struggle, when picking a place to eat out or prepping a fun meal of burgers and desserts.

The food and beverage industry is increasingly making an attempt to include more vegan options in menus — and this time, there is more than just salads with nuts, millet cookies and nutmilk shakes. From vegan biryani and vegan burgers on restaurant menus to non-dairy cream and ice creams on supermarket shelves, vegan diners finally have options.

This should not be considered a trend — molecular gastronomy was a trend, veganism is a way of life. In Hyderabad, when Karachi Bakery opened a dining place called 45Avenue, it was the mock meat burger, vegan cookies and salads that were discussed most.

In India, vegans took a while to add mock meats to their plates. Hyderabad-based Chef Pranit Konark who worked extensively to create the ideal mock meat burger, says. “To each his own. The need for variety and exploring newer vegan food options led people to experiment at home and create veg meat with jackfruit and the like. These are especially targeted at people who are meat eaters and giving the vegan diet a try.” 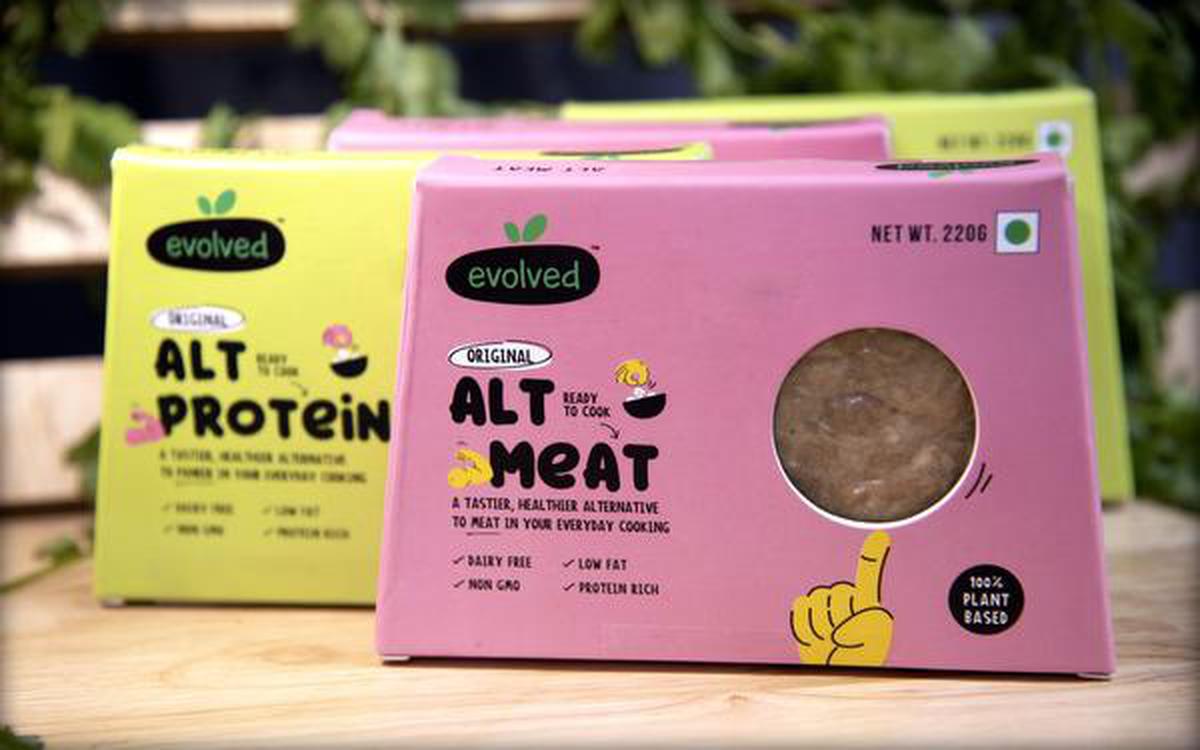 Roma Roy Choudhury, founder of Bengaluru-based Evolved foods, a plant-based food company, says she was the first person in India to serve Seitan in 2018, through her previous venture House of Seitan, in Bengaluru. Seeing the positive response to this vegan wheat meat, she went back to the drawing board to develop products like Alt Protein (a plant-based protein) and Alt Meat under the Evolved Foods banner.

Says Roma, “With people now looking consciously at alternatives, whether it is driven by thoughts of clean eating or contributing to help the environment, or even experimenting with something different in a playful way, I feel the time is right to offer the product as an ingredient so people can easily incorporate it in their cooking and daily diet.”

Evolved Foods has now launched two variants that can be substitutes for paneer and chicken. 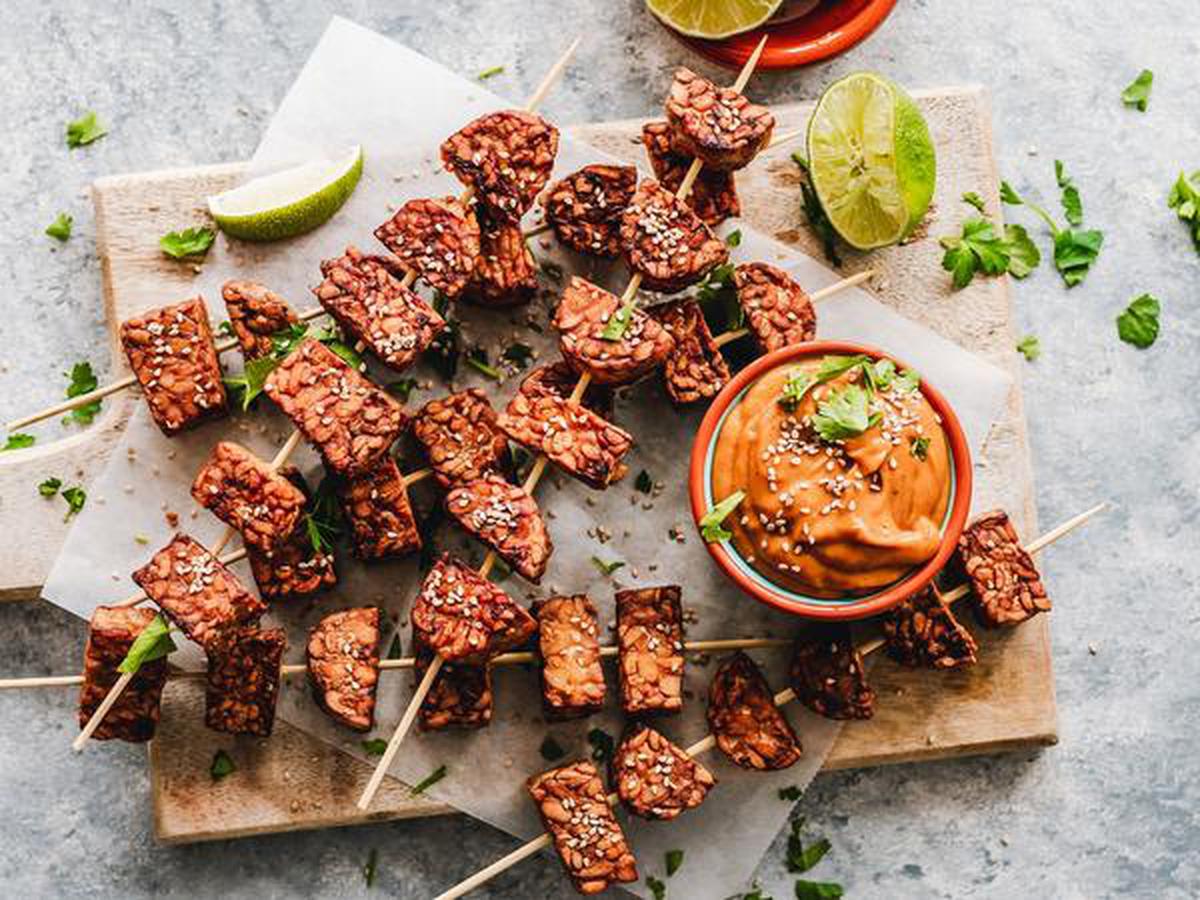 Roma, who holds a vegetarian and vegan nutritionist dilpoma, wants to reach out to non-vegetarians as well. Just making options easily available for consumers is the first step towards introducing people to new kinds of food.

Aarti Gill, co-founder of plant-based nutrition brand OZiva, says the flexetarian food habit of Indians makes it easier. Aarti says, “Plant-based foods are healthy, no doubt, but we must let the consumer reach out on their own. When the complicated part of ‘trying a new food’ is taken out, you will quickly find a consumer drawn towards it. Our products are made in such a way that they can be consumed without putting in much effort.”

Hyderabad-based nutrionist Sridevi Jasti, however, says that the meat-like feel is only needed for the transition phase. A believer of holistic eating habits, Sridevi is all for plant-based foods and says, “The pandemic taught us well. The body needs right food and not the junk we keep feeding it. If we know how to make use of plants and nuts, we shouldn’t need to rely on any meat or dairy products.”

Understanding the market and the need for vegan cakes, Feranoz Patisserie in Hyderabad developed a delectable vegan chocolate cake made of vegan sponge and frosted with Belgian chocolate. And those who thought vegans can’t enjoy a cup of hot chocolate, have not tried the vegan hot chocolate by Delhi-based Colocal, a bean-to-bar chocolatier brand and café.

Colocal founder Sheetal Saxena takes pride in saying that the brand’s entire chocolate range is dairy and preservative-free. “So, making a hot chocolate without milk is hardly a challenge. All we have to do is substitute dairy with nut or soy milk. A lot of people avoid dairy for health reasons, which is why we offer a vegan option when it comes to the chocolate-based drinks,” says Sheetal.

Still not convinced about the rise in veganism? A quick super market run demonstrates that while vegan cheese is still not easy to access, tofu varieties are on a par with the quantity of paneer sold in most big cities.

Meanwhile, No Beef is making vegan cheese a reality in Hyderabad. Founder Yajushi Jabakh says she finds herself busy preparing vegan cheeses and vegan dairy all the time. Right now, No Beef makes three cheeses — yellow cheese ideal for dips and sauces, garlic and herb cream spread, and vegan mozarella. “To go with the cheeses, we also do a home pizza kit for vegan get-togethers. The products are all preservative-free and lab tested,” adds Yajushi.

Stressing on the importance of veganism in India, Henk Schouten, CEO of Schouten Europe, says average Indian diet lacks adequate protein and eating meat is not the only solution. Henk Schouten recently launched Tempeh Today, a food he claims is protein-rich, produced in high-tech small fermentation units (SFUs). This Dutch innovation, he claims, is a future-proof contribution.

There is also one item that takes prime position on the shopping lists of the locals — the beloved cherma It is around 10...
Read more
Food