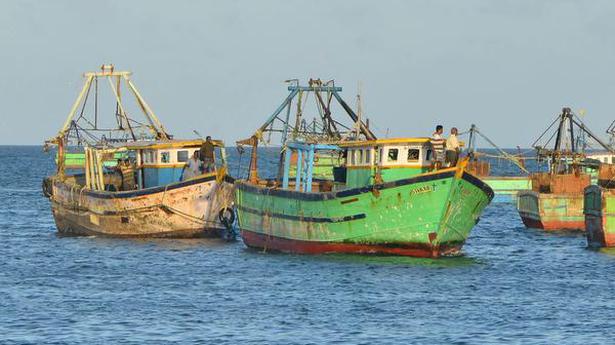 India, with its long coastline, has a major opportunity to boost fisheries yield by expanding Marine Protected Areas (MPAs) along its Exclusive Economic Zone, and in parallel, protect the ocean’s capacity to capture carbon and boost biodiversity, says a large scale study reported on Wednesday by a group of scientists in the journal Nature.

Expanding the realm of MPAs in the world’s oceans presents a big opportunity to raise food production, enhance carbon storage and preserve a lot more of threatened biodiversity for all countries, the authors argue. They stress the need for greater international cooperation to extend the boundaries of protection.

Although 7% of the world’s oceans are earmarked or designated as MPAs currently, in practice, that figure drops to 2.7% enjoying full or high level of protection, the team led by Enric Sala of the Pristine Seas project of the National Geographic Society said. Although many countries lower protection levels because of the view that protected areas prevent extraction of food and materials, the scientists contend that expanding MPAs would actually produce overflow effects in other parts, which would raise the yield of food.

The report assumes significance as the scheduled 15th Conference of the Parties to the UN Convention on Biological Diversity in Kunming, China, later this year will consider the “30 by 30” target, which is to protect 30% of the planet’s land and ocean by 2030.

In conserving biodiversity, Dr. Sala and his colleagues think countries have a major opportunity to make a difference, since 90% of the top 10% priority areas for marine biodiversity protection are located within the 321 km (200 mile) Exclusive Economic Zone of countries.

According to the research paper, 90% of the potential biodiversity benefits could be realised by strategically safeguarding 21% of the world’s oceans – 43% of EEZs and 6% of the high seas. The estimate is that such an expansion of area would raise protection for endangered and critically endangered species from the current 1.5% and 1.1% of their ranges to a staggering 82% and 87% respectively.

India fully protects 0.2% of its EEZ, as does the European Union, while corresponding figures for the U.S. are 22.1%, Chile 28.3%, Australia 8.9% and zero for Great Britain, Japan, China and Germany, to name a few.

What is more, in spite of the impact of climate change on the distribution of species, 80% of the areas within the top 10% global biodiversity priorities today will remain valid until 2050, based on the high greenhouse gas emission scenarios of the IPCC Special Report on Emission Scenarios.

Among the seas recommended for enhanced protection are Antarctica, the Mid-Atlantic Ridge, the Mascarene Plateau, the Nazca Ridge and the Southwest Indian Ridge.

Protection through MPAs brings important benefits in the form of carbon capture that is otherwise released through deep sea trawling by fisheries, and an increase in the level of food availability.

A modelled increase in food stocks achieved through strategically placed MPAs covering 28% of the global ocean could touch 5.9 Million Metric Tonnes (MMT), assuming that existing fisheries move to new areas and use the same effort, as opposed to no action and a continuation of current practices. One of the effects of new MPAs would be a potential spillover of larval and adult fish from protected areas to sites outside, under the right biological conditions.

Such an intervention could address the issue of overfishing, which has depleted stocks in many seas. Even without any additional effort being taken by fisheries in the areas outside the new MPAs, there would be an estimated increase in food stock, of a marginally less 5.2 MMT.

To a question on whether India has the potential to benefit more from protection in overfished areas along its EEZ, Francesco Ferretti, Assistant Professor, Department of Fish and Wildlife Conservation, Virginia Tech, U.S., and a co-author of the paper told The Hindu, “Yes, there is. It depends on the recovery potential of the stocks in that area and this newly protected area’s capability to affect fishing production outside.”

“In general terms, India ranks relatively low among Asiatic nations in terms of the fraction of EEZ in the top 10% of priority areas, even though its contribution would be substantial in absolute terms. That means that India would benefit relatively more than others for reaching global conservation objectives. That is, more from the overall effect of protection at the global scale by pushing for the protection targets described in this paper,” Dr. Ferretti said.

“Because of such variable costs and benefits for nations, in the paper, we stress the importance of international collaboration, which should ensure a fair distribution of costs among all nations that would benefit from a healthy ocean,” he added.

“Fish stocks and biodiversity in overfished areas are expected to positively respond to protection. Our earlier work shows that India is one of the top countries that will benefit greatly from fisheries reform and MPAs definitely can help improve fisheries in India, in addition to improving biodiversity and protecting carbon stock,” according to Dr. Cabral.

Governments may not be paying attention to the damage done to the ocean by deep sea trawling in terms of its ability to absorb carbon dioxide. The study estimates that 1.8% of the world’s ocean, equating to 4.9 million sq. km. is deep-trawled each year by industrial trawlers and dredgers, destabilising the sediments containing organic carbon and leading to remineralisation of the sedimentary carbon into CO2 and thereby acidification of the ocean.

This potentially reduces the capacity of the ocean to absorb atmospheric CO2, the authors contend, affecting the effort to stop dangerous climate change.

The estimates were arrived at on the basis of satellite imagery of activity involving industrial trawlers and dredgers. The research paper calculates that in the first year of trawling, 1.47 Petagrams (1,470 megatonnes) of CO2 emissions from the water represents 0.02% of total marine sedimentary carbon, which might appear to be low but is equivalent to 15–20% of the atmospheric CO2 absorbed by the ocean each year. This is comparable to estimates of carbon loss in terrestrial soils caused by farming. Continued trawling uses up the entire sedimentary carbon in the top metre over time.

Creating MPAs would stop large-scale dredging up of the carbon-laden sediments, with potential to reduce emissions.

According to the researchers, the areas with the highest priority are found where carbon stocks and present threats from human activity are the highest. These include China’s EEZ, Europe’s Atlantic coastal areas, and productive upwelling areas. Moreover, countries with “the highest potential to contribute to the mitigation of climate change through protection of carbon stocks are those with large EEZs and large industrial bottom trawl fisheries,” they write.