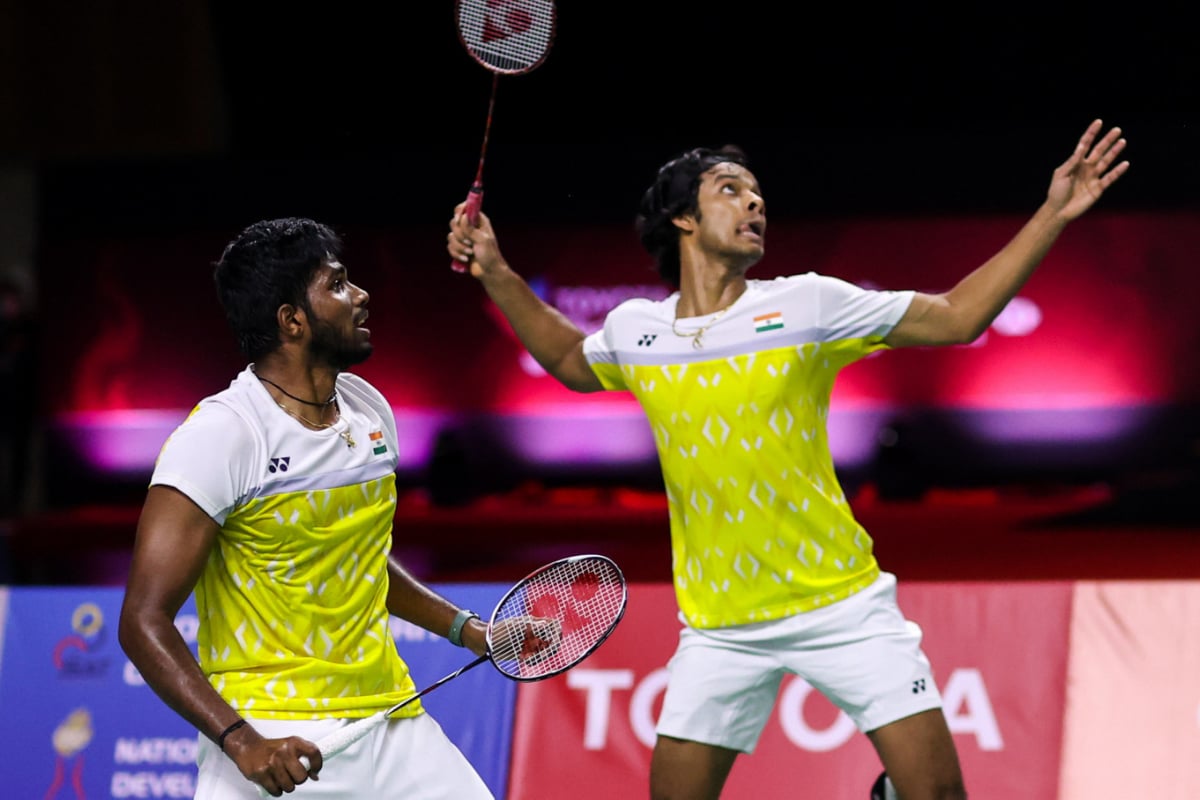 In their quest to win Olympic medal, India’s star doubles players Satwiksairaj Rankireddy and Chirag Shetty are adding a ‘Plan B’ to their strategy by incorporating tactical European style of play under new coach Mathias Boe. The world number 10 Indian duo played its first tournament under Boe at the All-England Open last month but bowed out after losing to Denmark’s Kim Astrup and Anders Skaarup Rasmussen in the second round. “We were trying to play a new style of game. We may not have played our best but we played a game which was a lot more tactical, different style of play,” Shetty said during a virtual media interaction organised by SAI in the build-up to Tokyo Olympics. “If we really need to go for a shot at the medal we need to have a Plan B in place.”

Asked whether adjusting to the European style of play would affect their Olympic preparation, Shetty said: “Getting used to a new coach and a different kind of set up is a challenge. But both of us are at a level where we can play all kinds of game.”

“It’s just that we need some kind of tactical improvement in our game. We can defend, we can attack. We just need a few corrections here and there.”

His partner Rankireddy also hailed the new coach and said there’s been a lot of positivity since the appointment of the London Olympics silver medalist in January.

“The second team is playing really good. Definitely, there are a lot of changes from the previous coach. We have a European style of game now. Previously we had many Asian coaches. It’s been a little difficult for us to change our style of play but there have been a lot of positives, working really well.”

The duo’s next challenge would be the India Open from May 11-16, an event that will be held closed doors due to second wave of COVID-19 pandemic.

“It’s very difficult to play without spectators at home. I was expecting family people would come, many were willing to come and support us but in this situation, it’s better to play in a bio-bubble. We are looking forward to it and aiming for a podium finish.”

Concerned about the recent ‘false positive’ test for COVID-19, they said they are awaiting to get vaccinated before heading off to Tokyo in July.

Recently, HS Prannoy was forced to pull out of the Thailand Open after he had returned a ‘false positive’ test for COVID-19.

“It’s disturbing with the false reports coming in. So definitely we will take the vaccine and go. We are looking for government permission,” Rankireddy said.

“With the second wave coming, we definitely want to get vaccinated, whenever we get an approval,” his partner Shetty added.