Meow! Sania Nehwal Meets Cat Named after Her in Switzerland 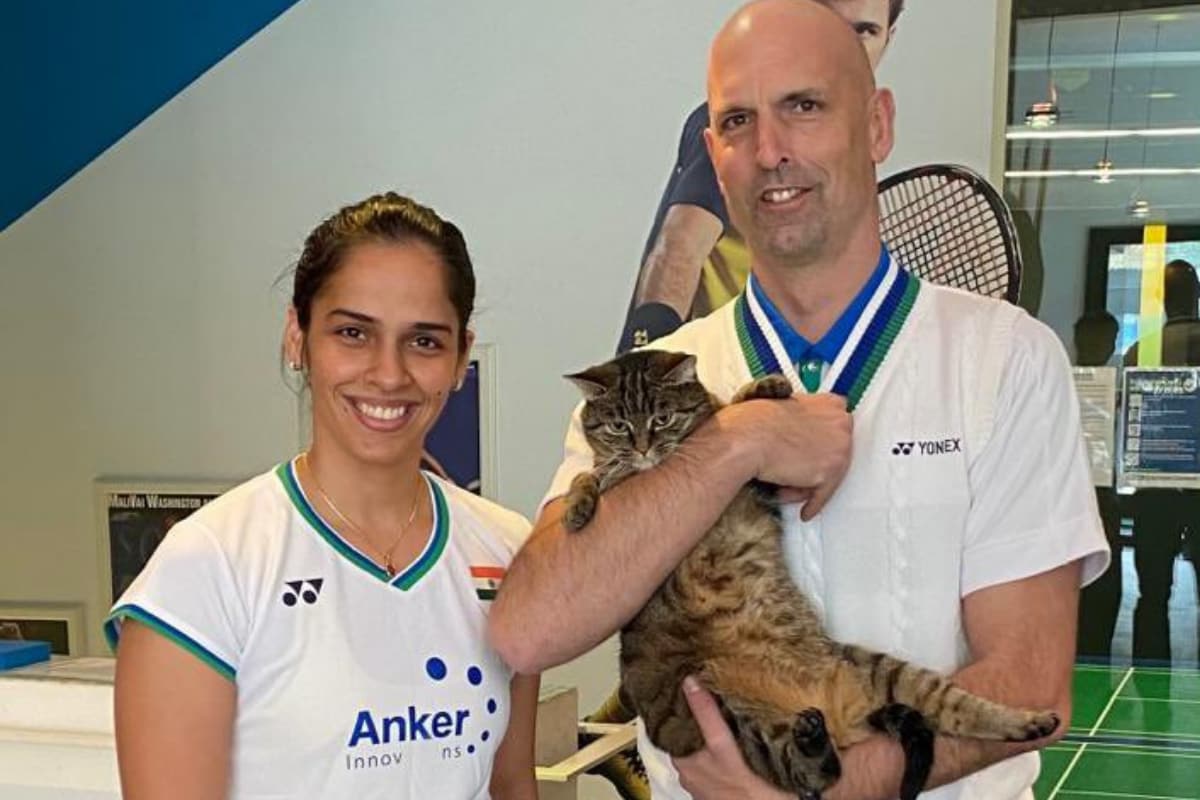 Saina Nehwal shared a post where she can be seen her posing with a cat who is also named Saina.

Saina Nehwal was recently training at the Yonex badminton hall in Zurich, Switzerland. Interestingly, she came across a cat there who has been named after her. Sharing the details on Twitter, the 2012 Olympic Bronze Medalist revealed that the cat was given her name after she registered the win in the 2011 Swiss Open. Further, she went on to mention that this is her first ever meeting with this particular cat. In a part of her tweet she said, “… she was named after my win in Swiss open 2011 .. n here after 10 years I m meeting her.”

In the snapshe has shared, one can see her posing with the feline who is comfortably seated in a man’s lap. Sania is sporting a white half sleeve t-shirt in which one can spot the Tiranga. She has teamed her t-shirt with black track pants. From the looks, one can speculate that the photo has been clicked in the area outside the indoor badminton court. Many of Sania’s fans have appreciated her photo and have extended their good wishes to her:

It is cat's human who is your fan.

Meanwhile, the ace badminton player has also lauded the efforts of the makers of Sania. The movie is a biographical sports film which is based on her life and struggle to become what she is today. The movie has been directed by Amole Gupte and the role of Sania has been played by Parineeti Chopra. The role of her coach Pullela Gopichand will be essayed by versatile actor Manav Kaul.

Meghna Malik and Subhrajyoti Barat will be seen portraying the role of Sania’s parents Usha Rani Nehwal and Harvir Singh Nehwal. The movie was initially set to hit the theatres in September 2020, but the same was not possible due to global coronavirus pandemic. From what is known till now, the movie will be released on March 26.