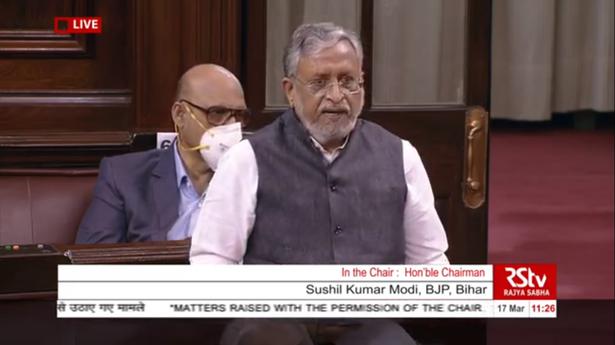 Lok Sabha and Rajya Sabha are, on Wednesday, scheduled to discuss and vote on various ministerial matters, including demand of grants and working of Railways, Tourism, and Food Processing Industries ministries.

Both Houses saw multiple adjournments on all days of last week as the Opposition demanded a discussion on the rising prices of fuel in the country.

Here are the latest updates:

Amar Patnaik of BJD speaks on the gender pay gap in India.

Article 39 of the Constitution promises equal pay for men and women, but gender pay gap exists in our country, he says.

“We rank 149 in economic participation. The economic gender gap is larger than political gap. Women are paid 34% less than men. A woman is projected as caretaker of family… this stereotype remains and is popularly knows as motherhood penalty,” he says.

“Iceland has done [much to reduce the gap] through legislation. There, more women are now in positions of decision-making. Like the women reservation bill, it should be made compulsory for men to take paternity leave, this will bring parity,” says Mr. Patnaik.

He says: The State has 23 crore population, and the area is also huge. Over 9 lakh cases are pending in the HC, of which 50% cases belong to 22 districts who have been protesting for another Bench.

The U.P government has recommended twice for another HC bench in U.P, he adds.

Vivek Tankha of Congress brings to the attention of the House the exorbitant price of drug for spinal muscular disease. 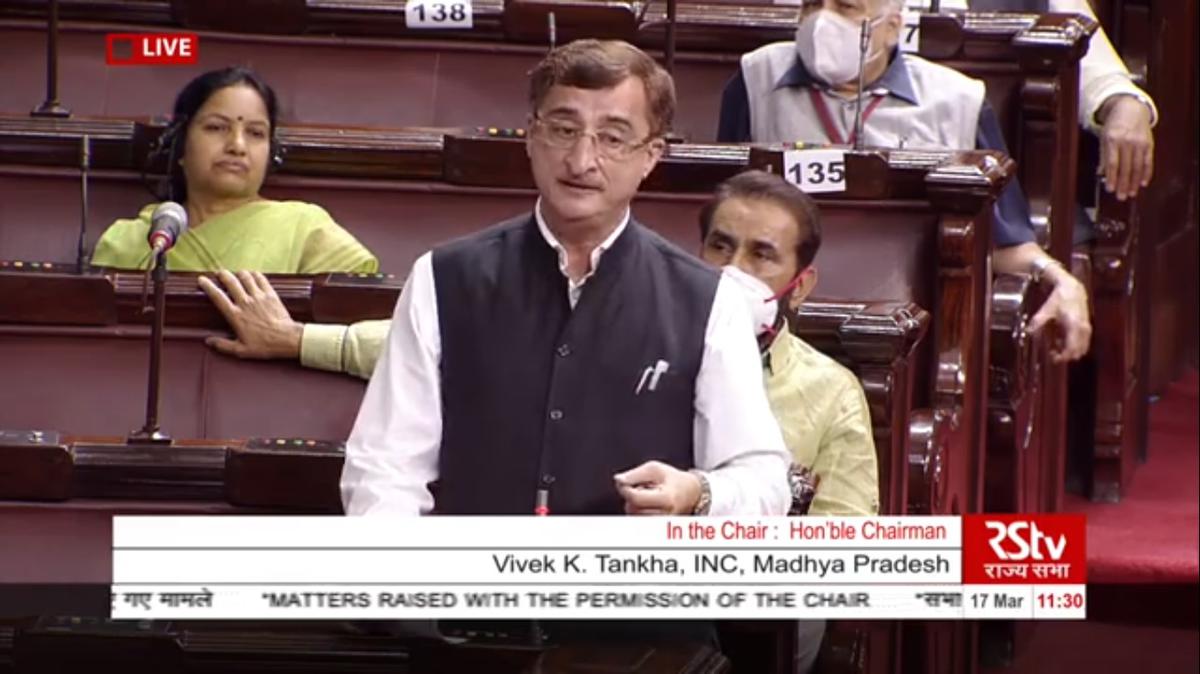 “There is a disease called spinal muscular disease for which there is only one drug. Around 2,500 children are born with this disease. The drug for this is manufactured in the U.S. and costs ₹16 crore. Out of ₹16 crore, ₹7 crore is tax,” says Mr. Tankha.

There is a little girl called Shrishti in Bhilai who is on ventilator. Her parents are desperate for help, he says, adding that we cannot depend on ‘draw of lots’ to help these children.

He says that the government should bargain and get a better price for these drugs, and that the tax waiver should be made compulsory for such drugs. There should be a revolving fund with States, and CSR should also be used for this purpose, he adds.

BJP’s Sushil Modi says the government must make Google, Facebook and You Tube pay to traditional media for using their news content.

“Media makes heavy investment in gathering news, and they deliver credible information. Advertisement is their main revenue. But a large share of revenue is cornered by these tech giants now, and because of this, print media and TV channels are facing financial crisis,” he says.

Mr. Modi adds: “We should follow the Australian model by which they compelled Google to pay for using content of news media, now France and other European countries are also making similar laws. Government should enact a law to compel Google to pay for news.”

On housing for construction workers

Some farmers are protesting at Delhi borders, they are constructing permanent structures, while we do not pay attention to construction workers who spend their lives under tin sheds, he says.

“During coronavirus pandemic, their living condition have come to the nation’s notice. Portable houses should be constructed for the construction workers,” he says.

On deteriorating standards of public discourse

K.T.S. Tulsi of Congress points out the deteriorating standards of public discourse.

“Young people look up to us as role models. Would not name anybody, but I place these statements before you to make your own judgement. Even the most reprehensible crime like rape is justified by some warped logic,” he says.

Chair asks that some of his comments regarding this be expunged.

On recognition of freedom fighters

Muzibulla Khan of the BJD says that many freedom fighters in India have not got due recognition.

“When Kashmir was attacked by Pakistanis, Biju Patnaik was sent on rescue mission. He fought for independence movement of three countries — Russia, Indonesia and India. A leader like Biju babu did not get Bharat Ratna… he should get it,” sas Mr. Khan.

On tourism in Marathawada

Fauzia Khan of NCP asks that special attention be paid to Marathawada area in Maharashtra.

She says that generally, the percentage of tourists for religious purposes is said to be 30-35%. However, in Marathawada in Maharashtra, there is Shirdi which is visited by many people who revere Sai Baba, Patri at Parbani which is said to be the birthplace of Sai Baba… so special attention needs to be paid to this area, she says.

Lok Sabha Speaker and members condoled the untimely death of BJP MP from Himachal Pradesh Ram Swaroop Sharma. Sharma was found dead in his apartment at around 6.30 a.m. He was the elected MP from Mandi.

Speaker Om Birla informed the House of the incident, and after obituary references, he adjourned the House for two hours. Sharma used to stay in Delhi with his PA and cook. He was under medication.

Lok Sabha has been adjourned till 1 p.m. today.

Laying of the Committee Reports and Statements are in progress.

Jharna Das Baidya (CPIM, Tripura) raises the issue of subsidised and unsubsidised price of LPG. She says that the hiked prices are intolerable for the common man.

Discussion and Voting: Demands for Grants

Discussion and Voting: Working of the Ministy

‘It will be my honour to visit Bangladesh later this month’, tweeted the Prime Minister on the birth anniversary of Bangladesh’s founding father Prime...
Read more
India

Indian Red Cross Society State president A. Sridhar Reddy on Tuesday announced that IRCS would construct a cancer hospital in Srikakulam as many...
Read more