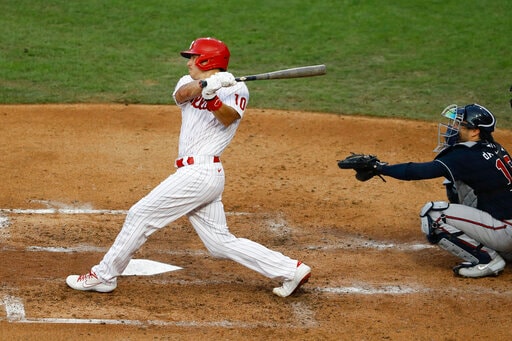 Philadelphia Phillies two-time All-Star catcher J.T. Realmuto has a small fracture in his right thumb and will be evaluated again in two weeks.

Realmuto was injured while blocking a pitch six days ago. He practiced on the first day of spring training Wednesday but an MRI later revealed the break. His hand will be immobilized but it’s possible he’ll still catch pitchers during bullpen sessions.

Realmuto said he’s confident he’ll be ready for the season opener on April 1, but wants to make sure hs thumb has healed.

Im not very worried about my thumb, so if I was a Phillies fan, I wouldnt be too worried,” Realmuto said Thursday.