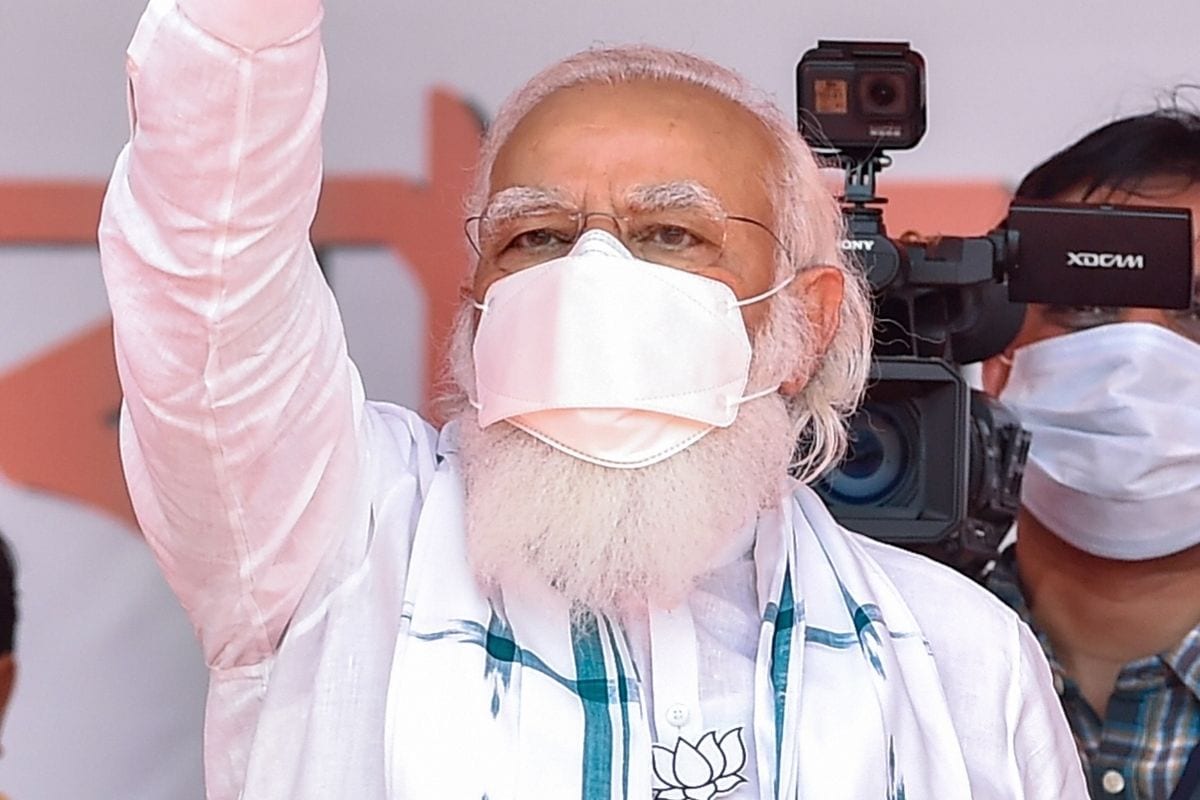 Prime Minister Narendra Modi slammed West Bengal chief minister Mamata Banerjee on Saturday saying the state had become the ‘pathshala of Nirmamata’ or ‘school of cruelty’ where the syllabus was ‘cut money’ and ‘syndicate raj’.

While addressing a rally at the BNR maidan in Kharagpur, Modi said, “Didi’s (Mamata) party is the school of cruelty, and its syllabus is ‘tolabaji’ (extortion), cut-money and syndicate.”

Calling the TMC the training centre for harassing people, PM Modi said, “When we try to help the poor, then Didi is not allowing it. She is blocking all the central schemes meant for poor fearing that Modi will take all the credit. Today, I would like to request her not to play with the sentiments and need of the poor people of Bengal,” he said.

Claiming that BJP was going to form the government thus time, he said, “It’s my honour to be here and I happy to see that such a huge number of people came here to bless me. This clearly suggests that ‘ashol poriborton (real change)’ in Bengal is certain this time. In this year’s budget, we have a special project in Midnapore. We have decided to convert the fishing harbour in Midnapore into a major economic hub.”

Accusing Mamata for blocking schemes of the Centre, he said, “The central government transfers money directly into bank accounts of farmers and poor people across the country. However, it is not reaching here in Bengal without the consent of all the ‘tolabaaj’ (extortionists) of TMC. This is the reason TMC leaders are becoming richer and common people are becoming poorer.”

In a sharp rebuke to the TMC, he said, “Banglar joy mane Bharater joy (Bengal’s victory means India’s victory) and therefore this time the slogan should be ‘jor se chhap, TMC saaf’ (vote in large scale to finish TMC).”

On Mamata’s ‘khela hobe’ (game on) slogan, Modi accused the TMC of massive corruptions. “I know ‘khela hobe’ because these people are experienced and they know how to play. They have been involved in large scale corruption and looted public money. They have even looted the relief money sent for cyclone Amphan. From tolabaaji, to syndicate to ‘commission cut’, they have done so many scams. For the ‘khela hobe’ slogan, I would like to tell them that ‘TMC ka khela khatam, vikas shuru (TMC’s game is over, and development has begun)’. I would like to request you all – vote for the BJP fearlessly,” he said while adding, “Ebar bhoy noy….joy hobe (this time it will be only joy and no fear).”

Accusing the Banerjee of resorting to dynasty politics, he said, “People here in Bengal voted for her. They trusted ‘Didi’ but she is busy with her own people.”

Claiming that he has not seen such a huge public gathering before, Modi said, “Bengal demands ‘asol poribortan’ (real change) and modernisation. I want to question how many factories have come up in the last 10 years in Bengal. It lacks behind many states because of politics in this state. Bengal has been criminalised, corruption institutionalised, and administration and police politicised. Before independence, Bengal was India’s most developed state. It offered the best education. Why did it lose that position? How did this happen?”