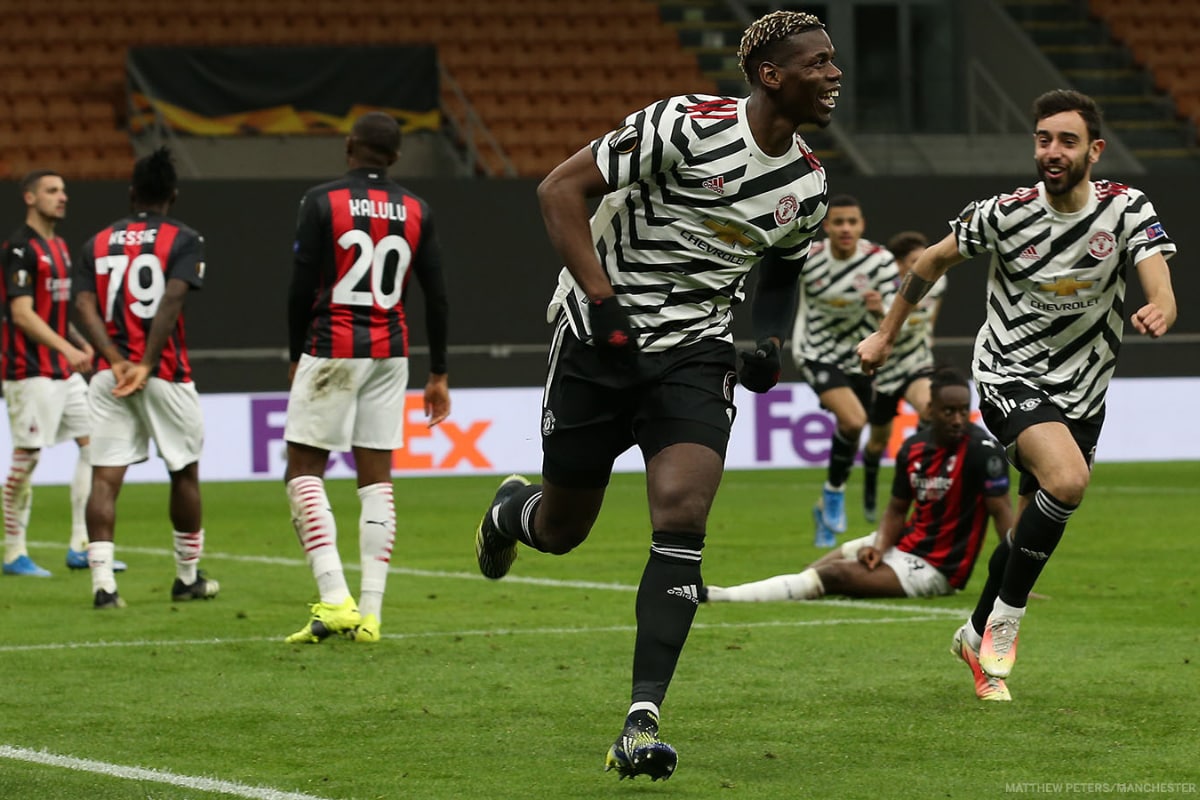 Manchester United manager Ole Gunnar Solskjaer said his team have missed Paul Pogba after the Frenchman helped the Premier League side reach the Europa League quarter-finals with the winning goal in a 1-0 victory at AC Milan.

Pogba, who had missed United’s previous 10 matches with a thigh injury, needed only three minutes to prove his worth in the last-16 second leg on Thursday.

With United struggling to find a goal in the San Siro having drawn the first leg at home 1-1, Pogba came on at halftime and made an immediate impact with a clever finish.

“He was just getting into his best form before his injury. He’s going to give us a big boost for the rest of the season.”

Pogba has flattered to deceive for much of his time in Manchester since signing for a then-world record fee in 2016, but his form this campaign has been impressive, helping United climb to second in the Premier League table.

The French World Cup winner’s abilities have not gone unnoticed among his team mates.

“It always makes a difference when you have a world-class player like Paul to come on,” left back Luke Shaw told BT Sport.

“He made the difference.” Another big-name player made his comeback from injury in the San Siro – Milan striker Zlatan Ibrahimovic – but he could not find the net against his former club when coming on as a second-half substitute.

The Swede, who spent two seasons at United between 2016 and 2018, was denied by a fine save from Dean Henderson, but the Italian team did not test the United goalkeeper enough across the 90 minutes.

“We played well in both legs, but football is like that – if you don’t score, you don’t win,” Ibrahimovic said.

“If you don’t take your chances, there will be moments when you will come under pressure in the game. In one of these moments, they managed to score. When you make mistakes, you pay for them.”