Home Feeds Question Corner: Did dogs migrate with humans to the Americas?
Feeds

Question Corner: Did dogs migrate with humans to the Americas? 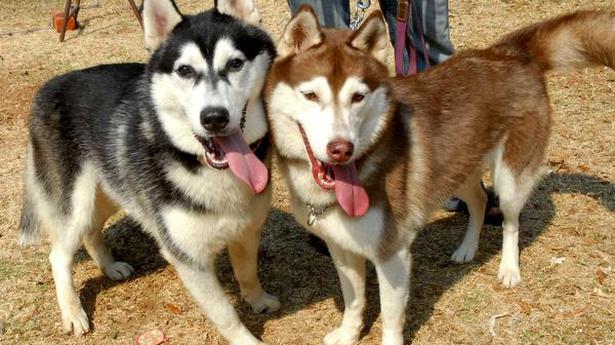 A bone fragment discovered from southeast Alaska has now answered a few questions on dog migration into the Americas. Researchers found that the thigh bone belonged to a dog that lived in the region about 10,150 years ago. Scientists say the remains represent the oldest confirmed remains of a domestic dog in the Americas.

Analysis of the mitochondrial genome revealed that the dog belonged to a lineage of dogs that diverged from Siberian dogs. Researchers (Proceedings of the Royal Society B: Biological Sciences) say in a release that this study provides not only the timing but also a location for the entry of dogs and people into the Americas. The study also supports the theory that this migration occurred just as coastal glaciers retreated during the last Ice Age.

The researchers from University of Buffalo, New York, who studied the bone say that canines did not arrive in the Americas all at once: some Arctic dogs arrived later from East Asia with the Thule culture, Siberian huskies were imported to Alaska during the Gold Rush and other dogs were brought by European colonizers.

The researchers did not set out to study dogs. They came across the femur fragment while sequencing DNA from a collection of hundreds of bones excavated years before in southeast Alaska by other researchers. The bone fragment, originally thought to come from a bear, was quite small, but when the DNA was studied, the team realised it was from a dog.

“Our early dog from southeast Alaska supports the hypothesis that the first dog and human migration occurred through the northwest Pacific coastal route instead of the central continental corridor,” Flavio Augusto da Silva Coelho notes in the release.

Facebook
Twitter
Pinterest
WhatsApp
Email
Print
Previous articleIISER Kolkata scientists simulate Mars on the computer, suggest how it lost its atmosphere
Next articleNanosheets help in the detection of uric acid in urine, alcohol in breath