Reports Pour in of Violation of Covid Rules During Campaigning 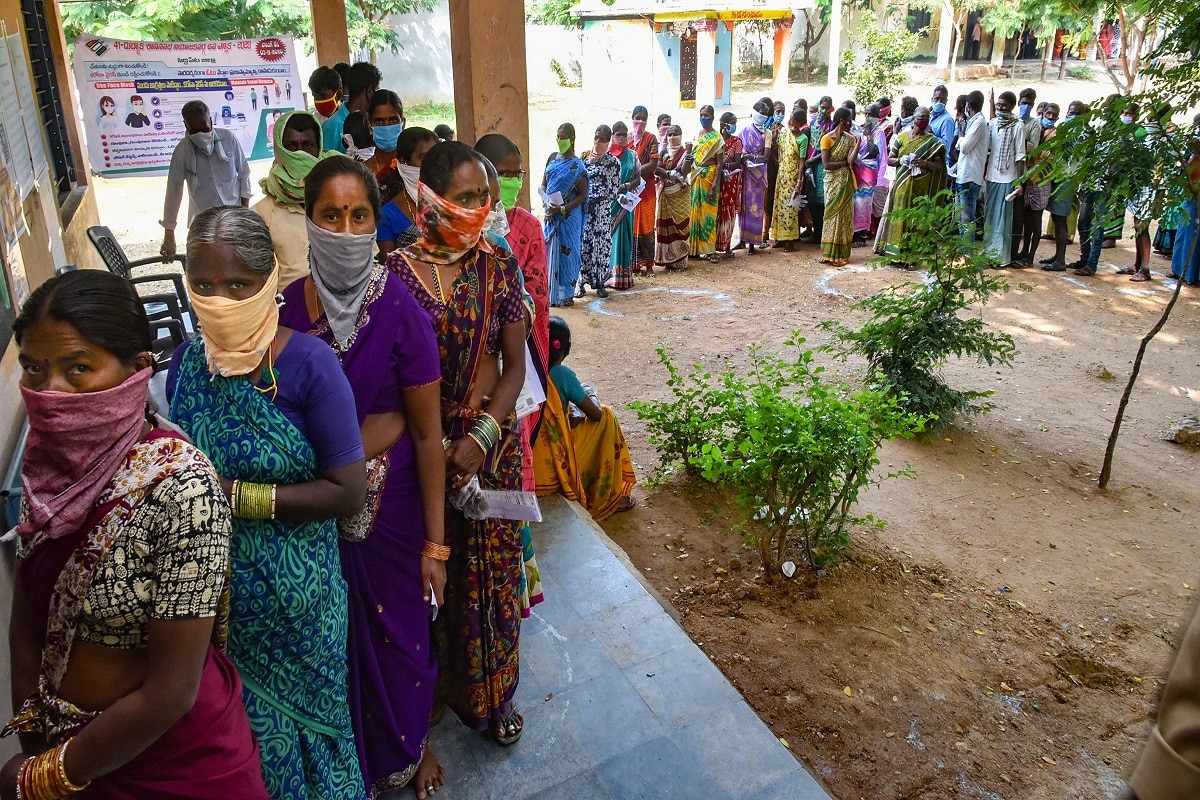 As the second wave of Covid-19 ravages India, a lot of focus has been on religious events and assembly election campaigning in several states displaying a flagrant violation of pandemic protocol. Similar contravention of norms, however, has been on during canvassing for bypolls to be held in many parts on Saturday, and that has not received much attention.

According to reports, all political parties have flouted Covid norms during campaigning in one Lok Sabha and two assembly constituencies facing bypolls. Over 2,000 people participated in a Congress rally at Ramdurg falling in the Belagavi Lok Sabha constituency a few days ago. Congress candidate Satish Jarkiholi, former chief minister Siddaramaiah, erstwhile central minister KH Muniyappa and other party leaders were present. But no case was registered.

In the Maski assembly constituency of Raichur, several instances of violation of protocol were observed. Election officer Rajashekhar Dambala said 14 cases have been registered for these transgressions during canvassing.

In the Basavakalyana assembly constituency, too, political parties were reportedly negligent in adhering to Covid guidelines during election rallies. But there is no information on registration of any cases there.

BJP’s Samadhan Avtade and NCP candidate Bhagirath Bhalke are in a close fight for the Pandharpur-Mangalvedha assembly by-election to be held on Saturday. Senior leaders and office bearers of both parties have campaigned in Pandharpur and Mangalvedha. Almost no one followed Covid norms during canvassing in the state worst affected by the pandemic.

Covid cases have been increasing rapidly in both the Telugu states for the past week. However, bypoll campaigning witnessed massive gatherings and flouting of Covid rules even as cases jumped in both states. Tirupati in Andhra Pradesh, where a by-election will be held on Saturday, has recorded a big spike in cases over the past week. The state reported 4,157 cases in a 24-hour period on Thursday.

There is a Covid surge in neighbouring Telangana as well. A total of 3,303 new daily cases were reported on Thursday. However, chief minister K Chandrashekar Rao held a massive rally recently for the by-election in Sagar. According to reports, all political parties are carrying out their campaigning without following Covid norms.

Cases of coronavirus infection are rising in Gujarat, where there has been intense campaigning for a by-election in the Morva Hadaf assembly constituency. Mainstream and social media have been throwing up images of overwhelmed hospitals and crematoriums. Local bodies’ elections in Gandhinagar were recently postponed but no decision was taken on Morva Hadaf. BJP’s Prashant Korat who was in the constituency for campaigning has been found corona positive. But the party seemed unaffected and organised a huge bike rally in the area.

Minister Kunwarjibhai Bawaliya was also part of the election campaign. While section 144 of the Criminal Procedure Code (CrPC) has been applied in the area due to which more than four people can’t gather at a single place, according to reports, the rally was organised and no approval was sought.

Bavaliya said, “If there is a crowd of fewer than 50 people, then we don’t need any kind of approval. Only 45 people have participated in our rally and they participated at their own wish.”