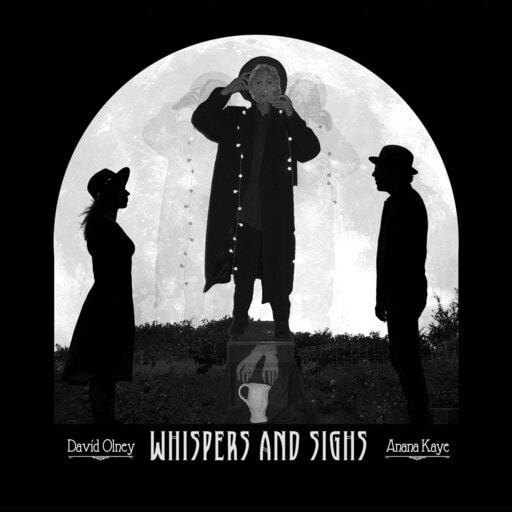 There’s a poignancy to these 11 swan songs, especially with such titles as My Favorite Goodbye,” My Last Dream Of You and The Great Manzini (Disappearing Act).

Finality is a recurring theme on Whispers and Sighs, and during the mixing of the album early last year, singer-songwriter David Olney died on stage at a Florida music festival at age 71.

A master of his craft, Olney always chased his muse rather than hits, and his reputation is burnished by this unlikely collaboration with Anana Kaye, a young singer-songwriter from the country of Georgia who is now based in Nashville.

These original songs about love, longing and impermanence are set more than a century ago, perhaps in Europe, their dreamy beauty magnified by marvelous singing. Kaye’s arresting alto echoes Broadway and the Caucasus Mountains, while Olney makes like an Americana Burl Ives. They both sound wise and well-traveled.

Time takes everything but love, Olney sings on My Favorite Goodbye.

Kaye’s husband, guitarist Irakli Gabriel, co-wrote and contributed to arrangements that vary from the fiddle-driven Klezmer of the title cut to piano-pounding rock on Last Days Of Rome.

As the latter reaches its compelling climax, Olney shouts, Raise your glass!

Heres to you, David.