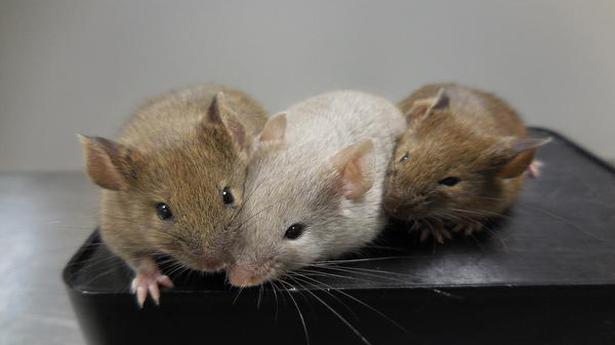 Scientists have developed a novel method for growing mouse embryos outside the womb during the initial stages of development, an advance that can provide fresh insights into how genes influence the process, and may lead to new tools for understanding birth defects.

According to the researchers, including Jacob Hanna of the Weizmann Institute of Science in Israel, current methods to study mammalian embryonic development involve either observing the process in non-mammals, like frogs or fish that lay transparent eggs, or obtaining static images from dissected mouse embryos and adding them together.

In the current study, published in the journal Nature, the scientists could finally grow early-stage embryos outside the uterus through trial and error over a span of nearly seven years, fine-tuning and double-checking the process.

The researchers came up with a two-step method in which they were able to grow normally developing mouse embryos outside the uterus for six days – around a third of their 20-day gestation period – by which time the embryos have a well-defined body plan and visible organs.

“To us, that is the most mysterious and the most interesting part of embryonic development, and we can now observe it and experiment with it in amazing detail,” Mr. Hanna said.

In the first step – which lasted around two days – the scientists started with several-days-old mouse embryos right after they would have implanted in the uterus.

At this stage, they said the embryos were balls consisting of 250 identical undifferentiated stem cells, and were placed on a special growth medium in a laboratory dish, and the team got the balls to attach to this medium as they would to the uterine wall.

Also read: Of mice and SARS-CoV-2

With this step, the researchers duplicated the first stage of embryonic development, in which the embryo doubles and triples in size as it differentiates into three layers — inner, middle, and outer.

Following this, as the embryos entered the next developmental stage, which involves the formation of organs from each of the layers, they needed additional conditions.

In this second step, the scientists placed the embryos in a nutrient solution in tiny beakers, which were set on rollers that kept the solutions in motion and continually mixed, the study noted.

According to the researchers, the mixing helped keep the embryos, which were growing without maternal blood flow to the placenta, bathed in the nutrients.

With further experiments, the scientists said they learned to closely control the gases, oxygen and carbon dioxide – not just the amounts, but the gas pressure as well.

In subsequent steps, they inserted into the embryos genes that labelled the growing organs in fluorescent colours — an attempt whose success suggested that further experiments with this system, involving various genetic and other manipulations, would produce reliable results.

“We think you can inject genes or other elements into the cells, alter the conditions or infect the embryo with a virus, and the system we demonstrated will give you results consistent with development inside a mouse uterus,” Mr. Hanna said.

“If you give an embryo the right conditions, its genetic code will function like a pre-set line of dominos, arranged to fall one after the other,” he added.

Using this method, the scientists hope to answer such questions as why so many pregnancies fail to implant, why the window for implantation is so short, and which conditions in gestation may later lead to developmental disorders.

The researchers believe the new method will also lower the cost and speed up the process of research in the field of developmental biology and reduce the need for lab animals.