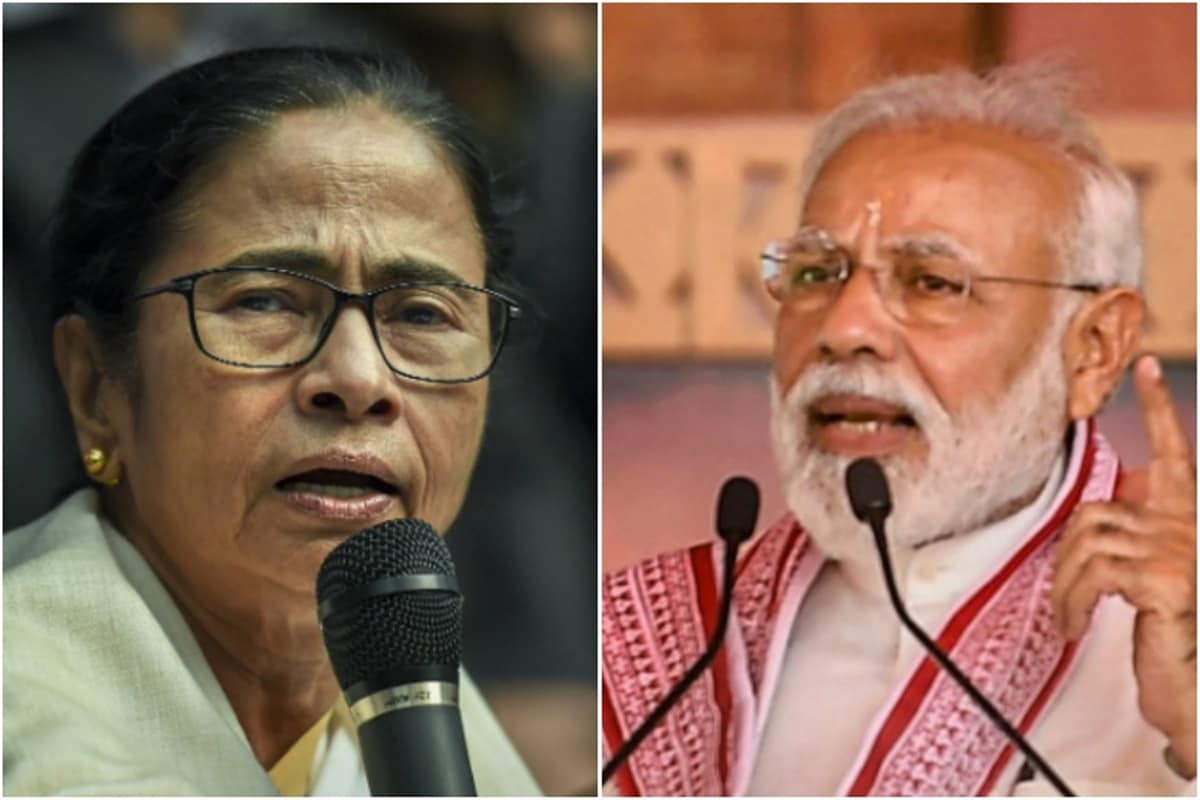 West Bengal will see the biggest phase in polling, in 45 seats, on Saturday in the shadow of the Sitalkuchi deaths and the Covid-19 pandemic, with both the BJP and the Trinamool Congress trying hard to ensure that the other does not get political mileage out of the twin tragedies.

“It is an extreme cause of concern that an elected Chief Minister has spoken the language of terrorist organisations that used to operate once upon a time in Jammu & Kashmir supported by Pakistan and that is to attack central forces and provoke people in order to attack them, surround them and snatch their weapons. The 24-hour ban on her by the Election Commission was not enough. EC ought to have been even more uncompromising. She has no repentance and is back to her theatrics”, BJP’s candidate from Bolpur and Director of the Syama Prasad Mookerjee Research Foundation, Anirban Ganguly told News18.

The BJP on Friday also released an audiotape purportedly featuring the voice of Banerjee telling TMC’s Sitalkuchi candidate to hold a procession with the bodies and frame the paramilitary officers. BJP President JP Nadda said this signified the “vulture culture of TMC to feast on death for political gains.” Ganguly told News18 that what happened in Sitalkuchi was a direct fall-out of the chief minister’s statements to gherao the central forces. “It is not ordinary people who responded to her call. It was her party-supported goons who carried out her orders of attacking central forces. No ordinary people would do so because they want relief from the visceral grip TMC has subjected them to,” he said.

Notwithstanding BJP’s attacks, the TMC sees the Sitalkuchi incident as a ‘turning point’ in the elections to solidify its Muslim vote back and hold it in good stead as the upcoming phases have many seats with a high Muslim population in districts like Malda, Murshidabad, Basirhat and Nadia. Banerjee has visited the families of the deceased to portray she is their saviour. It is believed that this is one reason why the TMC also pitched for all the remaining four phases to be clubbed by the Election Commission as the party could stand to benefit from the immediate mileage it is drawing from the Sitalkuchi incident and the election is now also entering the TMC stronghold regions. The TMC however had officially cited the Covid pandemic for its demand to Election Commission.

The BJP strongly objected to the clubbing of the remaining phases of polling in its meeting with the EC on Friday. The party realised that it could work in the favour of the TMC and it needs the campaign period to be as per the original schedule as it faces a challenge in the Muslim-dominated districts up for polls in the coming days, as well as in urban regions that are TMC strongholds. BJP promised all social distancing measures at Prime Minister Narendra Modi’s rallies starting Saturday but the TMC is targeting it “for bringing Covid from Delhi to Bengal through outsiders”. The Covid challenge in West Bengal is however getting serious with two candidates succumbing to it and three more being infected.

Polling on Saturday is spread over different regions like Darjeeling, Jalgaipuri, Nadia, North-24 Parganas and Purba Bardhman. The TMC performed well here in 2016, winning nearly 32 of these 45 seats in 2016. However, it had the lead in only 22 of these assembly segments in the 2019 Lok Sabha elections as the BJP made an entry into these regions by getting a lead in 16 of these 45 assembly segments. The BJP struggled in the seats going to polls in phase in the big districts like North 24 Parganas and Purba Bardhman. This time, the TMC has both the Gorkha party factions on its side, brightening its chances in Darjeling, which has five seats. The BJP is making an audacious foray into the urban seats of North 24 Parganas that are adjoining to Kolkata and specifically targeting the Hindi-speaking voters this time.