Six feared dead in a quarry blast in Karnataka’s Chikkaballapur 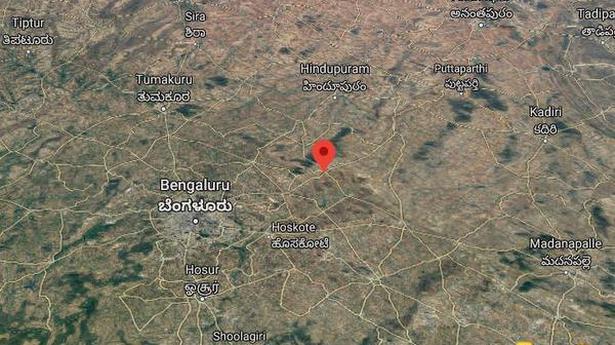 According to initial reports, the blast occurred when gelatin sticks used for blasting were being transported in a vehicle.

At least six people are feared dead in a blast at a quarry site at Hirenagaveli village, Chikkaballapur district, in the intervening hours between Monday and Tuesday.

According to initial reports, the blast occurred when gelatin sticks used for blasting were being transported in a vehicle.

Two have been held in connection with the incident. A case has been registered at Gudibande police station. An FSL team is at the spot.

Health Minister K. Sudhakar, in-charge of the district, visited the spot and promised action against those responsible for the incident. Home Minister Basavaraj Bommai also visited the spot.

Illegal quarrying and lack of safety measures at quarry site has been in spotlight in Karnataka ever since a blast killed six people in Shivamogga district late last month.

We have been keeping you up-to-date with information on the developments in India and the world that have a bearing on our health and wellbeing, our lives and livelihoods, during these difficult times. To enable wide dissemination of news that is in public interest, we have increased the number of articles that can be read free, and extended free trial periods. However, we have a request for those who can afford to subscribe: please do. As we fight disinformation and misinformation, and keep apace with the happenings, we need to commit greater resources to news gathering operations. We promise to deliver quality journalism that stays away from vested interest and political propaganda.