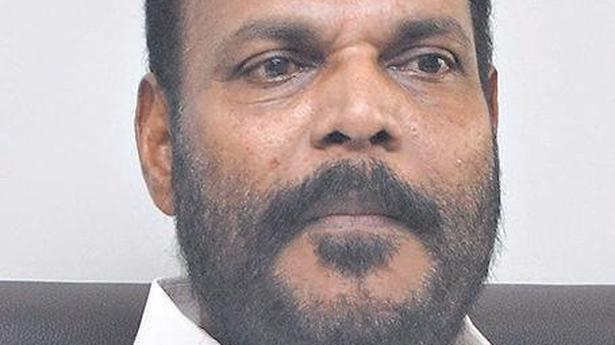 The nature of electoral politics seems to have ensured that the hype over the provision of the generic title of ‘Devendrakula Velalar’ to a group of seven Scheduled Castes has fizzled out.

Puthiya Tamilagam, one of the important parties that was at the forefront of the campaign for bringing the seven communities under one fold and their removal from the list of the Scheduled Castes, is no longer in the AIADMK-led alliance. When the Centre decided to bring in legislation on the generic name a month ago, Puthiya Tamilagam founder K. Krishnasamy expressed disappointment over the exclusion of his demand for the removal of the communities from the list of the Scheduled Castes. Subsequently, the AIADMK and the BJP appeared to have maintained a distance from the party.

Tamizhaga Makkal Munnetra Kazhagam (TMMK), led by B. John Pandian, has been accommodated in the AIADMK-led front. It has been allotted one seat in the northern region: Egmore (reserved) in Chennai, though it would have preferred a constituency in the southern districts, where Devendrakula Velalar communities are more in number. In 2016, the TMMK leader tried his luck in Thiruvadanai, Ramanathapuram, and in 2011, from Nilakottai and Mudukulathur. On both occasions, he contested separately. According to him, Egmore has been given to him as he contested there in 2001 as an AIADMK ally and lost by 86 votes.

Mr. John Pandian said that despite his party not getting any of the seats sought by him, he decided to remain in the AIADMK-led front because of “alliance dharma” and a “sense of gratitude” to the ruling party and the BJP for having addressed the demand on the generic name.

However, V. Kamaraja, founder-president of the Devendra Kula Mallar Chamber of Commerce, a BJP member and one of those who mobilised the communities on the issues, does not agree with the contention that the matter has to be viewed only in terms of electoral politics. “We view the government’s decision on the generic title emotionally and see it as a great success. It is for this purpose that all the communities will support the BJP and the AIADMK in the election, regardless of the presence or absence of any leader.”

G. Palanithurai, an academic, said the focus of State politics is shifting to “micro-level and sub-caste” nuances from larger issues like cultural nationalism.