The Significance Of Matuas and Rajbanshis in West Bengal Poll Battle, Explained 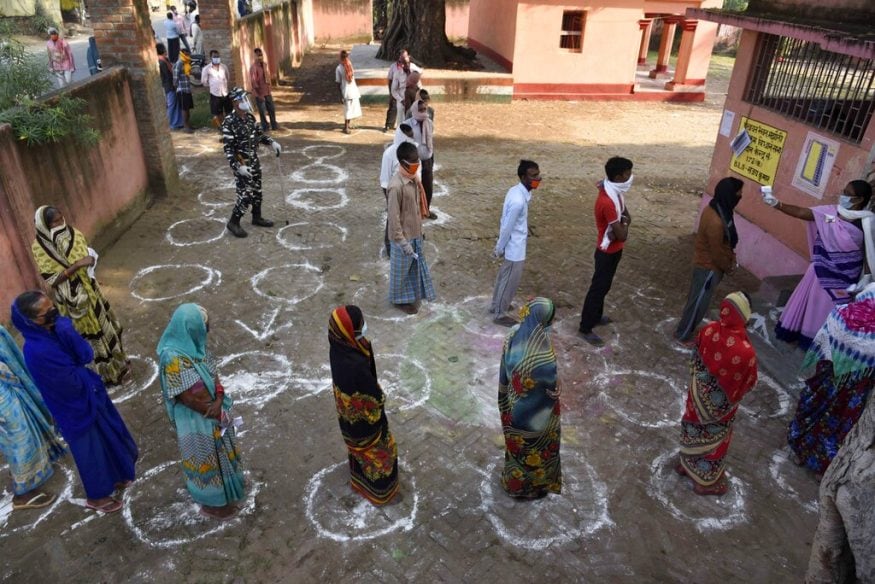 The Matuas are a religious sect of West Bengal comprising largely of Namasudras, the second largest lower caste group in West Bengal with a share of 17.4% of the Dalit population of the state. They are basically a migrant community from Bangladesh. As per different estimates, they are around 70 lakh to 1 crore in number though community leaders put it at 3 crore. Their main demands are citizenship rights and refugee rehabilitation.

The Rajbanshis are the largest SC group of the state forming 18.4% of the Dalit population in the state. Their number is estimated to be around 50 lakh. They want territorial autonomy with many community leaders demanding a separate state, Greater Cooch Behar with some districts of West Bengal and Assam. They also want an Indian Army battalion named as Narayani Sena, the army of the erstwhile Princely State of Cooch Behar. Once TMC supporters, both the communities recently switched to the BJP wagon based on the poll promises. 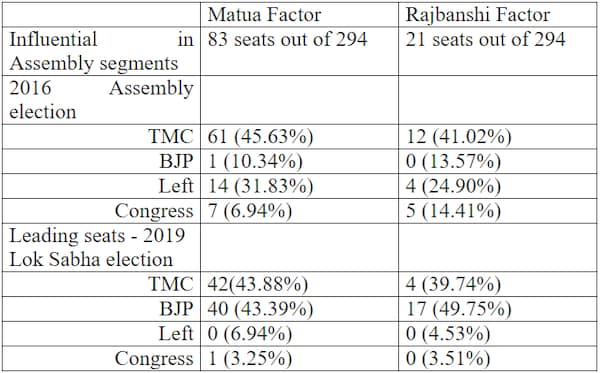 BJP promised Matuas and other refuges of West Bengal Indian citizenship through the CAA, winning their support that helped it in winning around 10 of the 18 overall victory mark.

While BJP is trying to replicate the same connect in the upcoming Assembly election as well, Mamata is also playing her cards after some Matua leaders getting vocal on CAA delay. They are angry that the central government is yet to announce the CAA implementation date even after two years of the Lok Sabha polls.

Mamata says BJP made a fake promise and Matuas don’t need Indian citizenship and in fact if CAA is implemented, Matuas will lose land and identity.

But BJP that got its first Assembly success in the state in a Namasudras dominated constituency only, Basirhat Dakshin Assembly constituency in 2014, and went on to wrest the Bongaon Lok Sabha constituency in the 2019 Lok Sabha polls that was earlier held by the TMC and CPM, looks all set to fill that gap.

Amit Shah broke bread with a Namasudra household in November and assured Matuas and other refuges of the state that CAA will be implemented once the Covid vaccination drive is complete in the country. Also, PM Modi, during his Bangladesh visit, will visit a Matua temple on March 27.

Before the 2016 Assembly election, the BJP allied with the Greater Cooch Behar People’s Association (GCPA). In the 2019 Lok Sabha polls, the BJP made electoral promise of naming a battalion on Narayani Sena. With Rajbanshi’s support, the BJP was able to west the Cooch Behar seat from TMC.

The TMC is trying to win them back over. While the Indian Army is yet to have a Narayani regiment, Mamata has already created a Narayani Battalion in the state police force along with announcing state holiday on the birth anniversary of Panchanan Barma, a Rajbanshi icon and reformer. She has also approved a Rajbangshi language board and 200 Rajbangshi-medium primary schools.