The stunning hills of Madurai 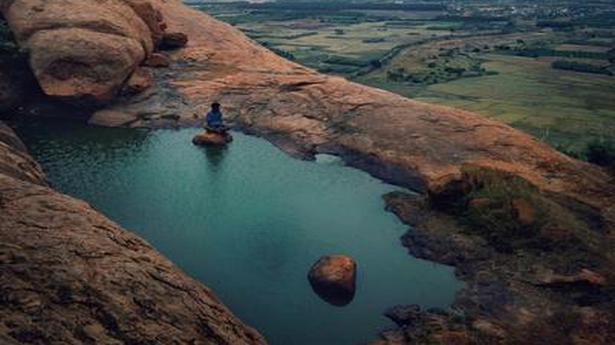 Using a mid-range smart phone, Rexstane Nissi S tells the stories behind the stunning hills of Madurai that people begun trekking during weekends after the lockdown was lifted

For the past eight years, Rexstane Nissi S has been discovering Madurai through his lens. His frames, shot on DSLR camera, were mostly centered around themes synonymous with the temple town — from Jallikattu to Chithrai festival, Jigarthanda to parotta or the iconic Meenakshi Temple and the Madurai malli. Once the COVID-19 lockdown was lifted, he decided to step out of the stereotypical mainstreaming of his city and explore the landscape around. “But only with my mobile phone this time, as an experiment,” he says. 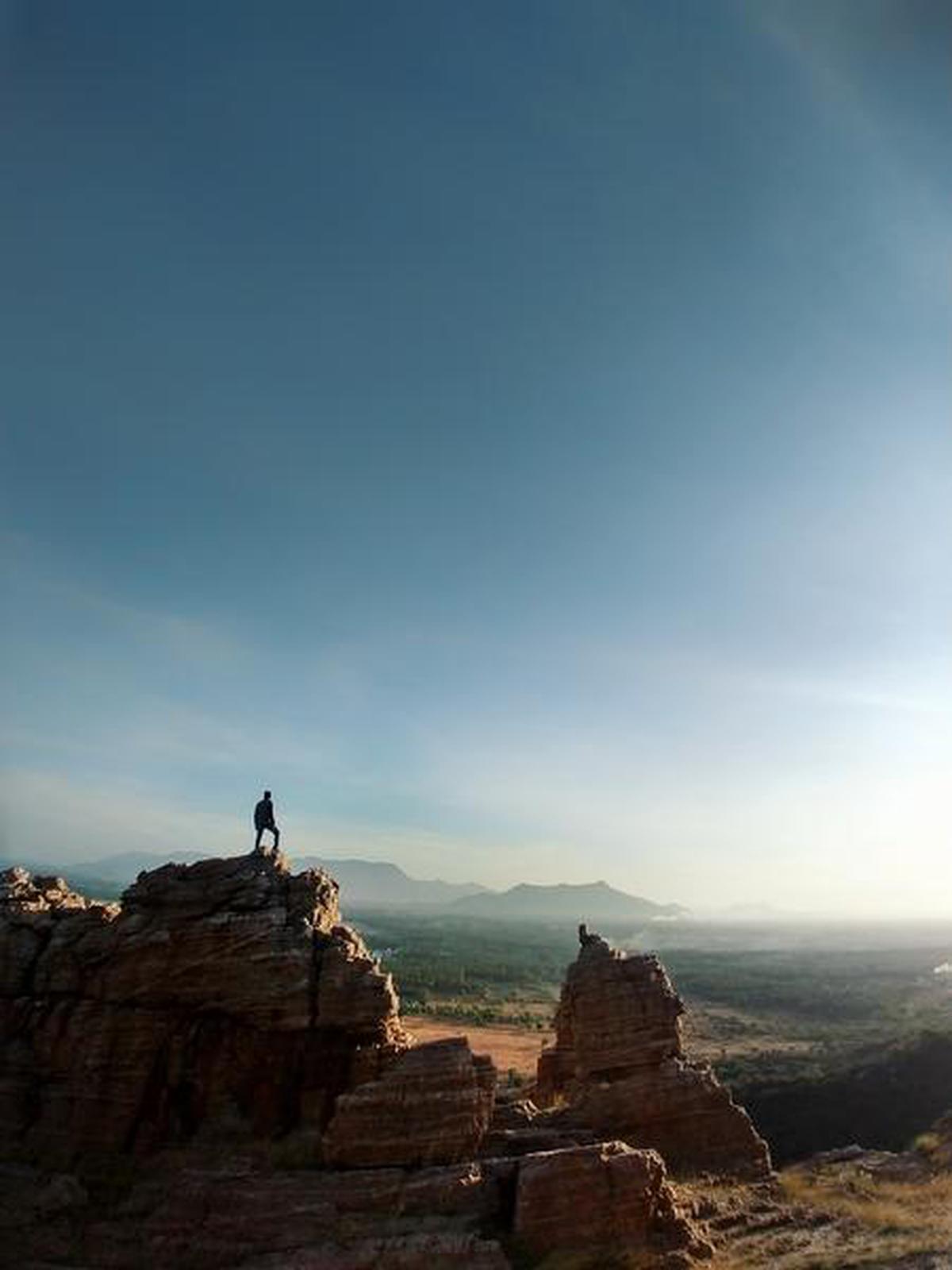 “It has been an educating and exhilarating experience,” says Rexstane of the half-a-dozen treks he has done in the last fortnight. “I undertook this exploration as a gentle reminder that creativity matters more than fancy apparatus. Also, I did not want to burden myself with heavy camera equipment while trekking uphill,” he adds.

Rexstane says he specifically chose the surrounding hillocks because when people talk about landscapes and wilderness, Madurai does not usually figure in the list. “I wanted to go beyond the existing perspectives and vary from others in creating my pictures,” he says and adds that many of his friends, bored with the confinement at home, began trekking to the nearby hills and that gave him the idea to portray alternate themes for the city’s aesthetics. 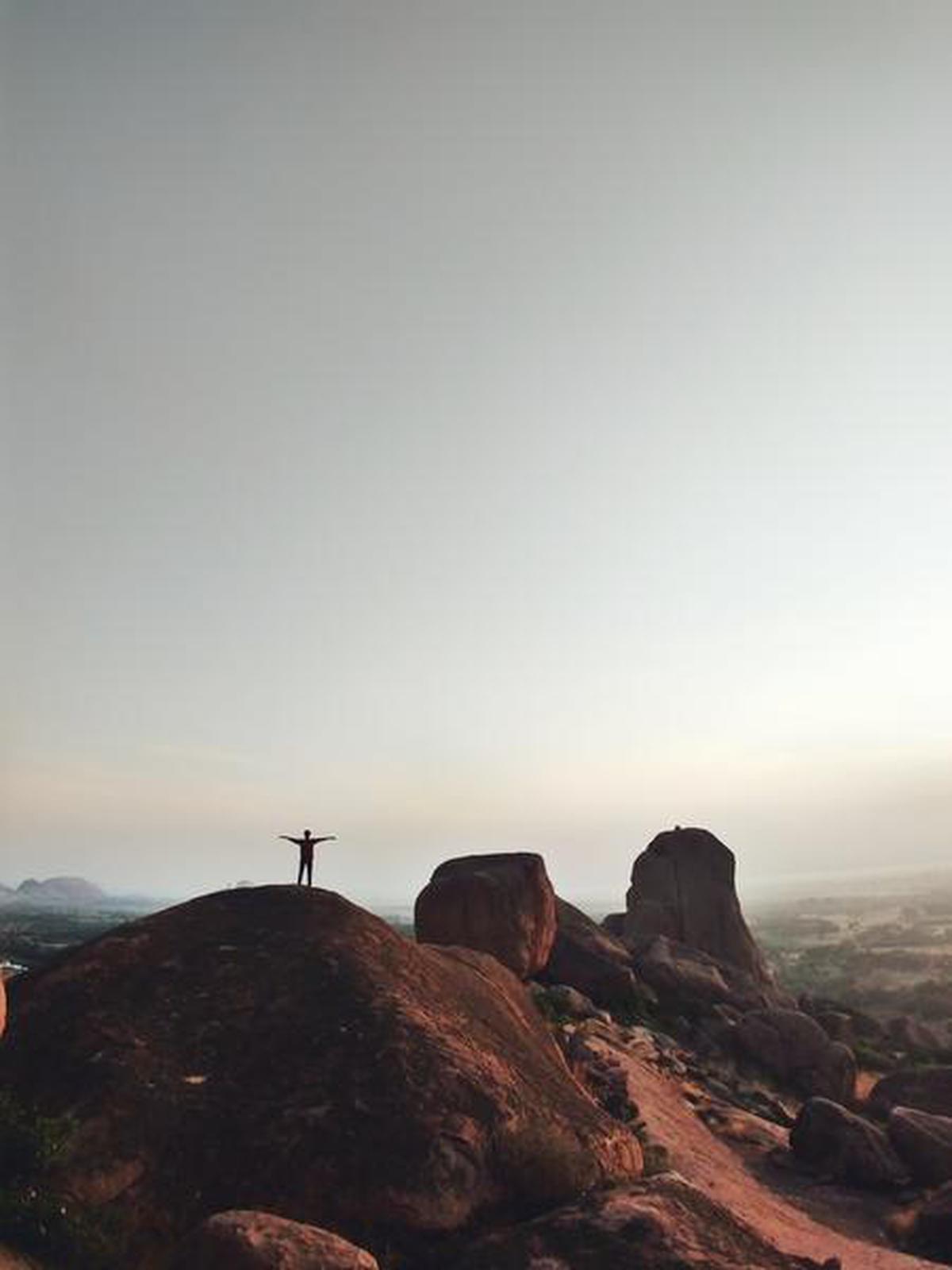 So he cycled or biked to Thirupparankundram, Thidiyan, Arittapatti, Madakulam, Checkanurani and Samanar Malai, all within 20 to 40 km radius of the city. “Each place was beautiful and challenging in its own way. Though the atmosphere was lonely, the dramatic skies of the Monsoon days beautified every image,” feels Rexstane. The warm tones of sunrise or sunset when he started and finished the treks with a silhouette of a person standing atop the hill made for powerful expressions. “Just taking a picture of the view from hill top doesn’t always do justice to your shot or the place. But when you introduce a subject in the foreground, it works as an excellent tool,” he explains. 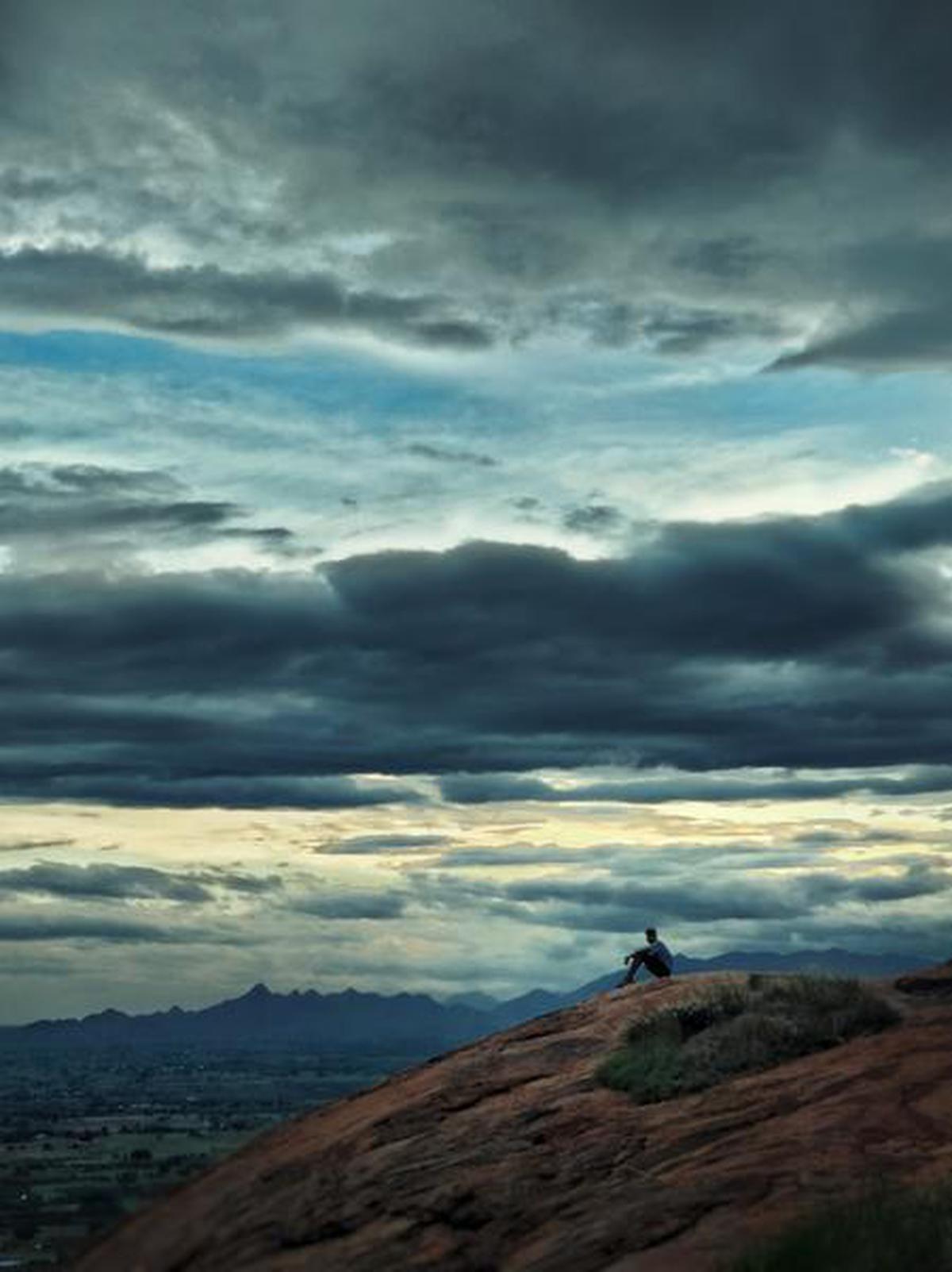 The trek to Thidiyan Hill on Madurai-Theni Road was the toughest, given the steep climb. “It was memorable because of extreme wind conditions that made it difficult to hold the phone steady, and the mesmerising view of emerald green fields below,” he says. Likewise, the shot of the natural pool on top of Tirupparankundram Hills against hues of the setting sun and dark clouds covering the sky over Madakulam Hills like a low lying blanket will remain etched forever. “The documentation of your experience as you alone see it is what eventually enhances photographs,” says Rexstane.

The shift from Canon 60D to a Motorola X4 was smooth for the 23-year-old Physics post-graduate. “Physics helps me to understand the technicalities better,” he says. 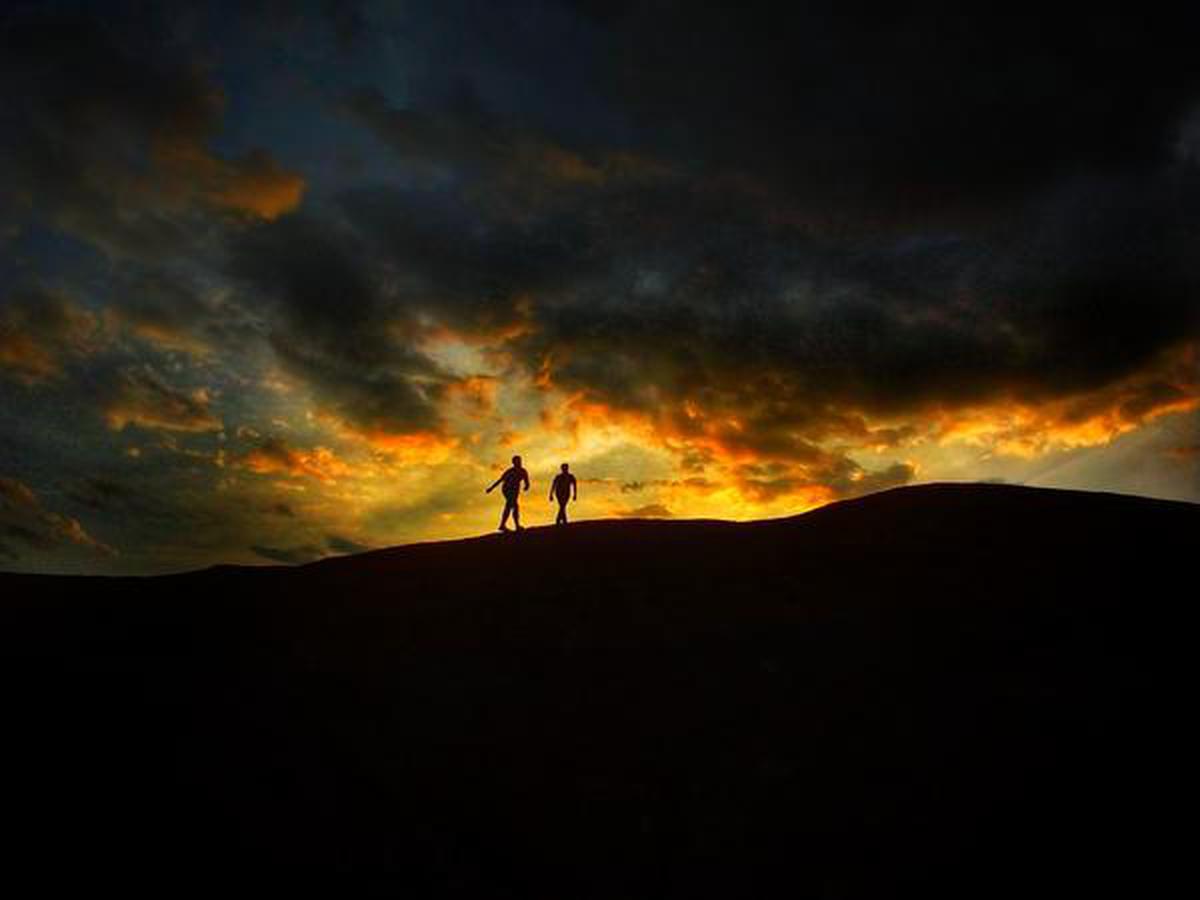 While Rexstane has won several prizes at inter-college photography competitions, he holds dear a photograph of a kabaddi match taken three years ago that earned him the NatGeo Editor’s note for “Your Photo” of the year. My desire is to make it to the top 10 in his list,” he says.

The young photographer started off early inspired by his brother and over the years has tried different genres of photography from food, birds and people’s portraits to monuments, events and random street photography. His portfolio is onlined on his insta handle @discovermadurai with almost 10,000 followers. 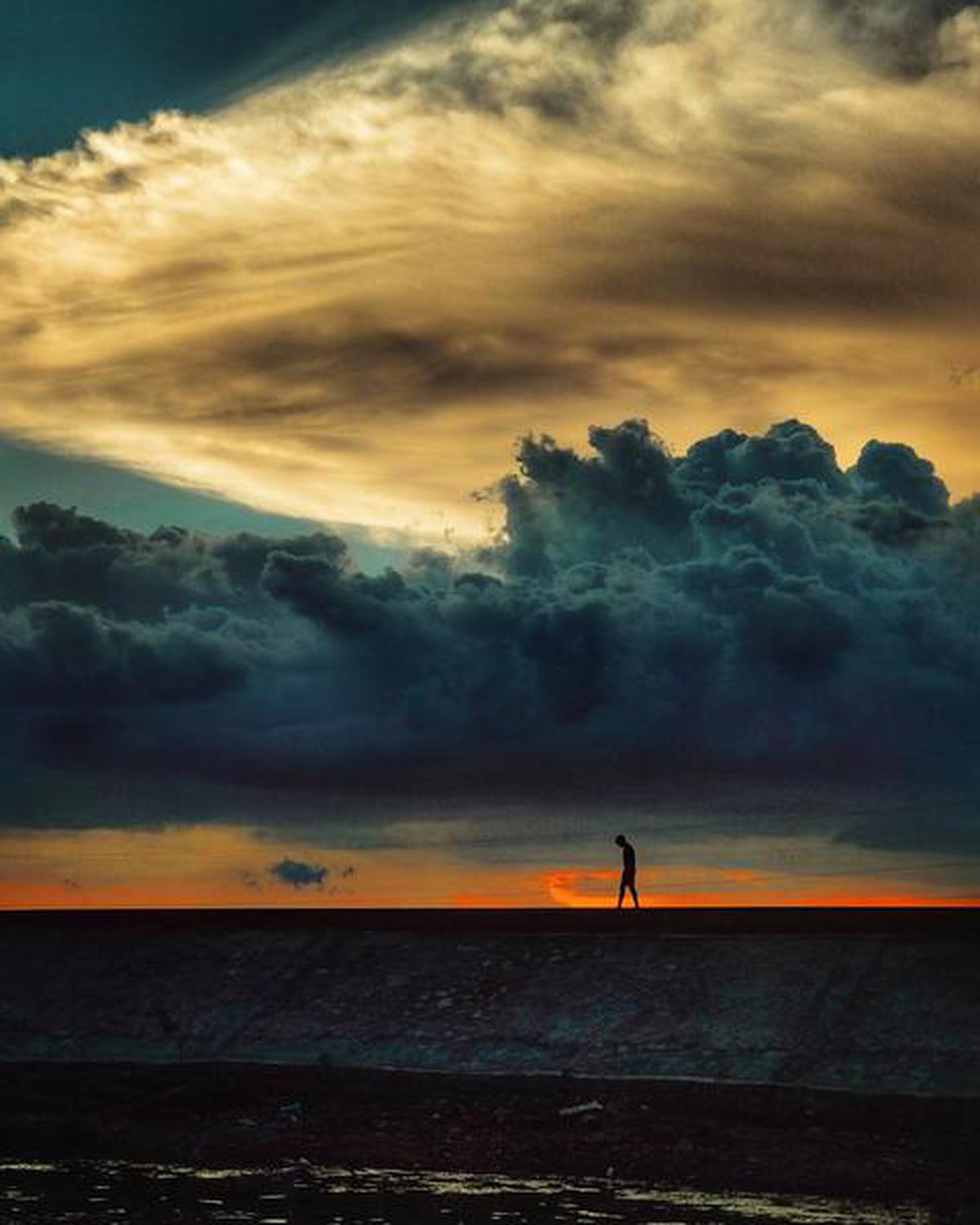 But it is landscapes that is attracting him now. “I am a very outdoor person, a trekker and a biker, who loves to observe and freeze frames,” he says. “I always do these trips with like-minded friends who sometimes unknowingly become the subject in my photographs,” says Rexstane. He describes himself as extremely camera-shy. “I detest selfies or including myself in any shot,” he laughs.