Home Travel Travel the world like Guirec Soudée and his unlikely companion Monique: This...
Travel

Travel the world like Guirec Soudée and his unlikely companion Monique: This hen on the go is no chicken 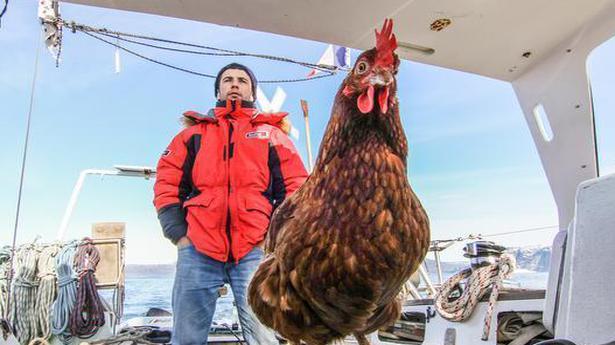 Meet globe-trotting Monique and her owner, who have sailed across seas through snow and sunshine on a rusty sailing boat

Monique the hen has probably travelled to more countries than you have. And no, she is not smug about it. She just clucks and goes about her life, laying an egg a day. The now seven-year-old, met Guirec Soudée when he had docked at Tenerife in the Canary Islands, during the course of his world cruise. He adopted the six-month-old hen and they have been inseparable since. 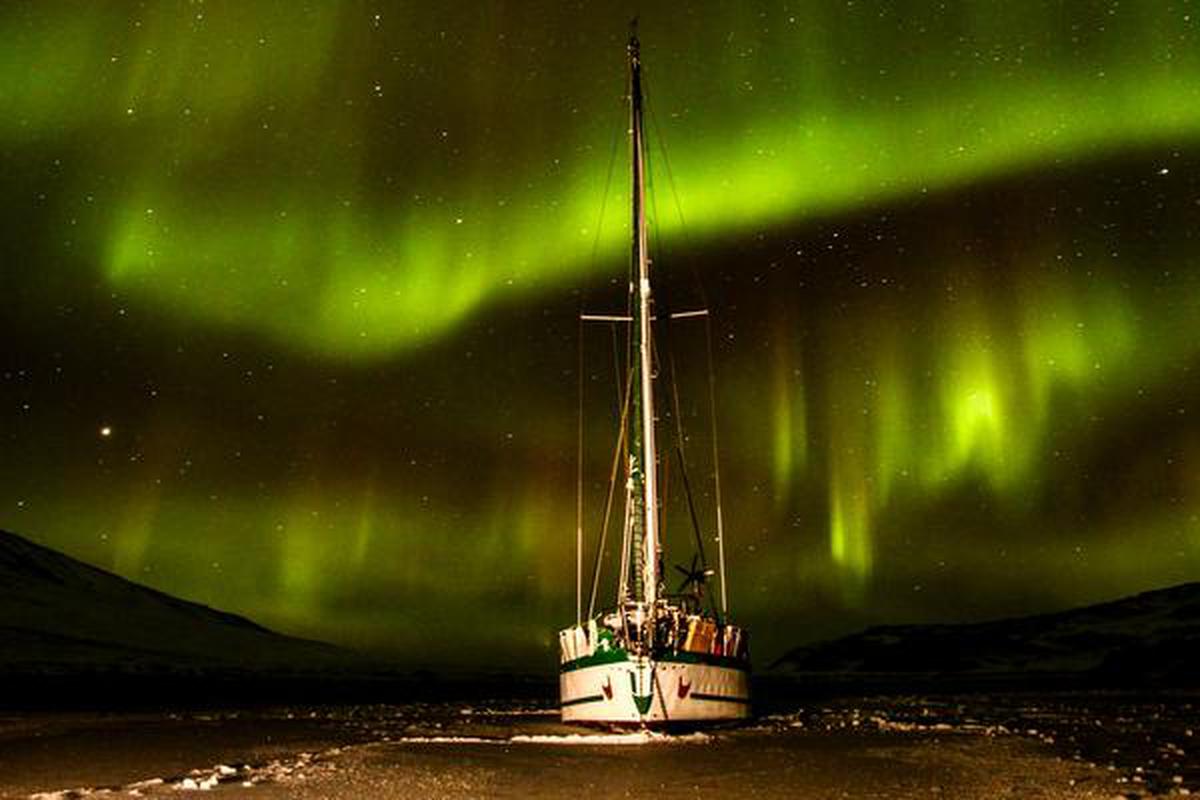 As a 20 year old, Guirec set off on what he calls his “dream journey” in 2013. His choice of transport: a rusty, sailing boat with a small diesel engine for manoeuvres in ports, or to escape the current when there is no wind. He named it Yvinec, after the French island that is his home. The sailing expedition took him five years to complete.

He received a hero’s welcome when he returned. Though, he admits, it was hard to come back and not find his father at home. “He passed away while I was in Greenland,” he says.

Since then Guirec has become a local celebrity with three books (The Hen Who Sailed The World, Le Monde Selon Guirec et Monique and La Fabuleuse Histoire de Guirec et Monique) to his credit as well as a 60-minute documentary titled Du Pôule Nord au Pôule Sud. “We started the theatre tour with it in France in January this year and received more than 10,000 spectators. But due to the pandemic, we had to cancel everything.” Last week, the documentary was screened at Le Grand Rex, one of the biggest theatres in Paris. (With physical distancing, they could accommodate only an audience of 1,700.)

For now, the 28 year old is more than happy to recount his adventure over an email interview onboard Yvinec. “I first crossed the Atlantic leaving France from Brittany, stopped by Spain, Portugal, Madeira, Canary Islands then straight to the Caribbean,” says Guirec, explaining his route.

At the Caribbean, he worked for a year to get his boat ready for ice, as he headed North through Canada, Saint Pierre and Miquelon islands, on to Greenland.

“After wintering in autarky in the ice, I sailed through the Northwest Passage under the Arctic Circle, and became the youngest sailor to cross it without any assistance,” he says. Next stop, Alaska, followed by San Francisco, before setting sail on a long stretch through Cape Horn, Antarctica, South Africa, Brazil, French Guiana, the Caribbean again and back to France. 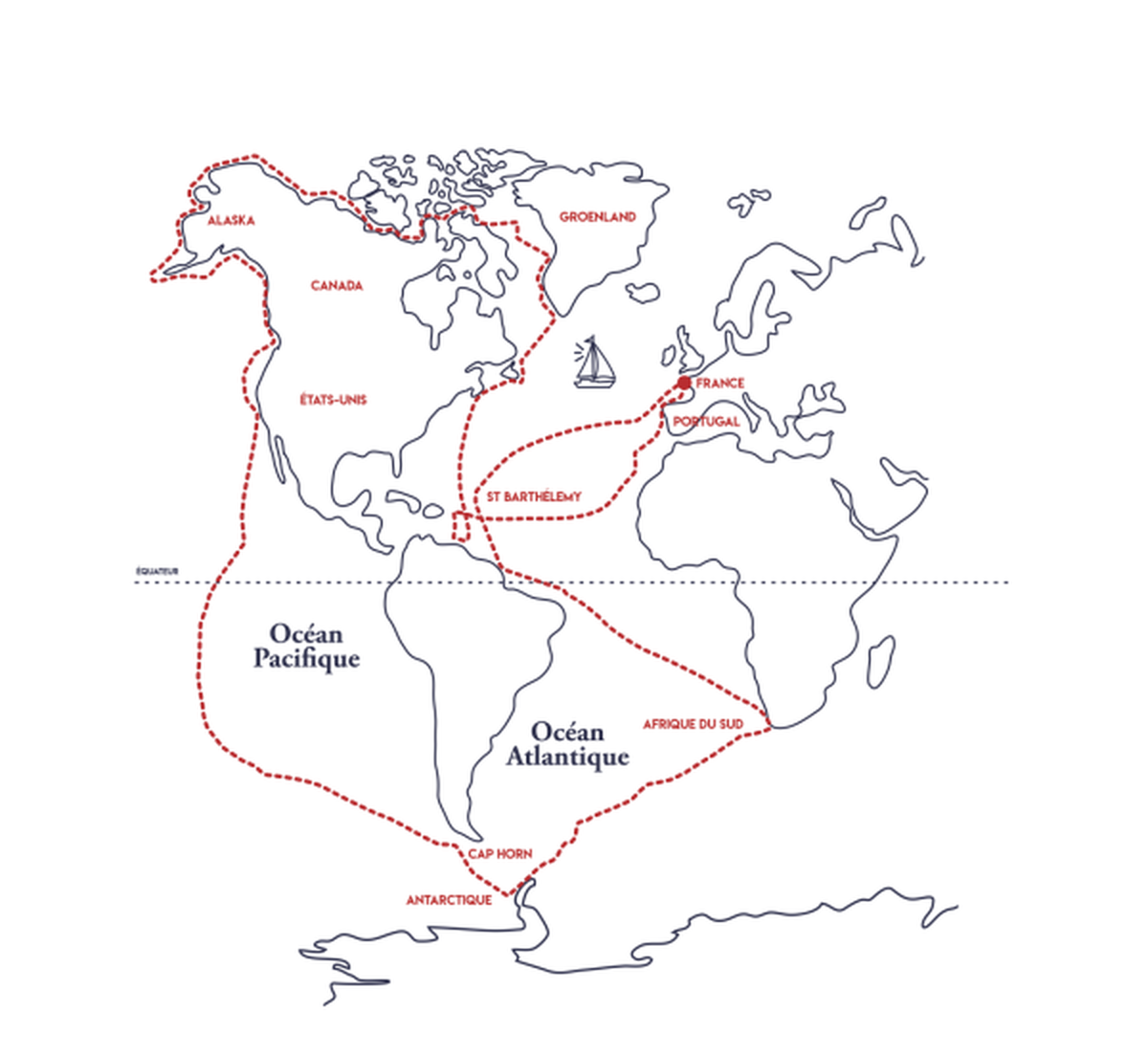 Monique, meanwhile, had no problems with the swinging of the boat and was out and about most of the time. “She loves fish and soon become very good at catching the flying fish on the deck,” says Guirec. The rest of the day for Monique was spent at leisure as she sat back taking in the scenes and watching her friend do all the hard work.

Throughout the voyage the two spent the nights on Guirec’s boat, except in Canada, where the hull needed to be fixed. Guirec never planned how long he would dock at each city. But he was keen on spending a few months, at Saqqaq in Greenland.

“The plan was to spend the Arctic winter trapped in the ice. By that I mean, the boat stuck in the ice. I chose a remote bay and dropped anchor waiting for the ice floe to form around the hull,” he says. He had also willingly planned to be cut off from civilisation with no food other than some rice, no communication or connection with anybody. The temperature was -60 degree Celsius and most of the time was spent inside the cabin on board. 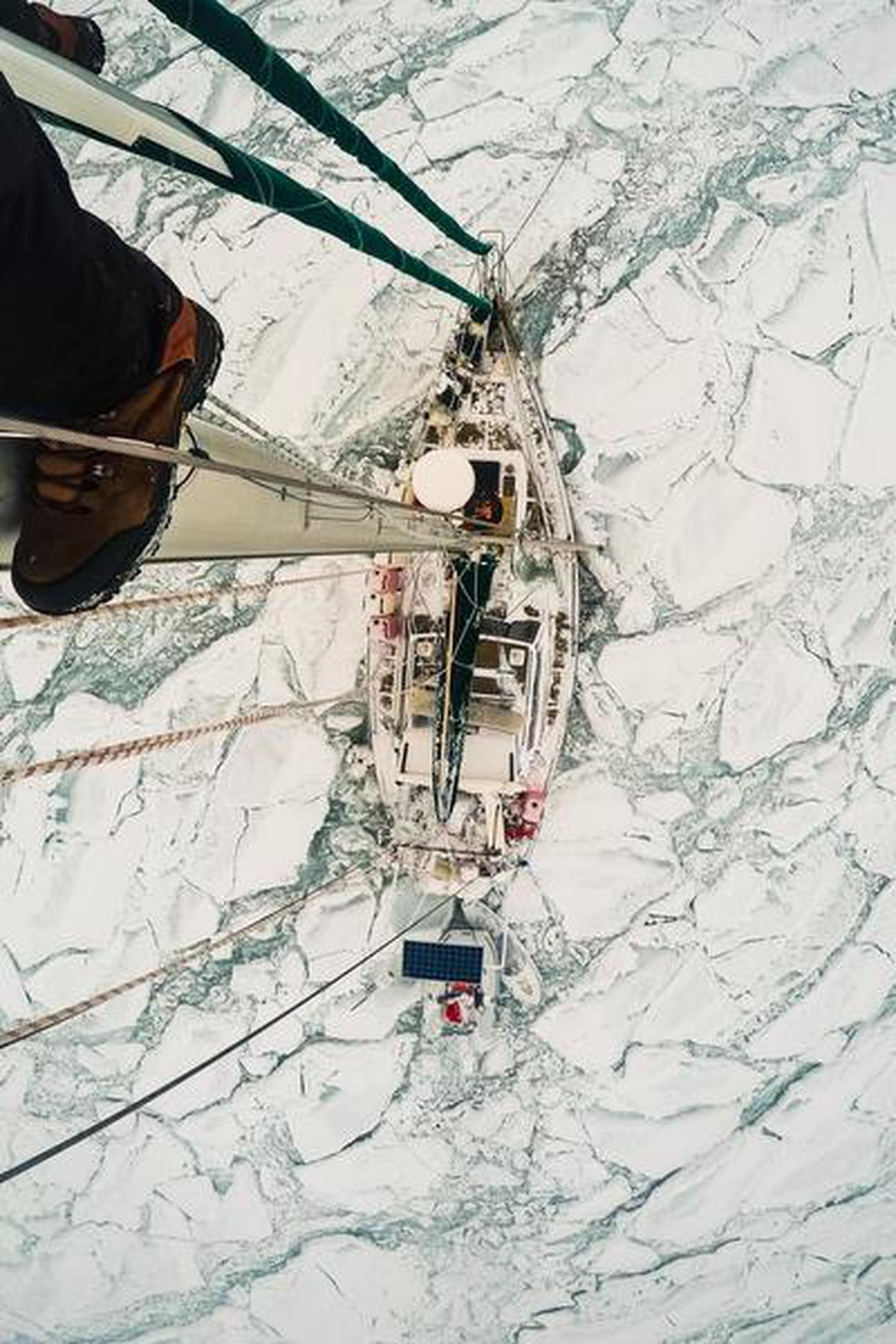 “I spent four months like that with Monique,” says Guirec. Fortunately for him, Monique laid eggs the entire time. It was hard to source food and his fishing through the ice did not quite work out. He was told that a stressed hen would not give eggs. But given this globetrotting hen’s record, she seemed far from stressed. “She is a special chick,” he says.

As he travelled, he paused at port cities to make money: fixing boats, giving kite-surfing lessons, cleaning swimming pools and working at nautical beach schools. That is how he managed to pay off the port fee and buy food. Once the international media started taking note of him, he was able to sell a few images that he shot of himself, Monique, the high seas and the surroundings.

“The challenge was to manage on my own and hold on to my dream,” says Guirec, adding that he who had no skills in sailing solo, nor in sailing far from shore. “Everybody thought I was crazy to leave like that with a boat in bad shape. But I am the happiest man in the world to have succeeded and lived through it,” he says.

He is already chalking out his next adventure. “It’ll take place in 2021, on a faster and bigger boat. But before that, in November, I am crossing the Atlantic in a small paddle boat. This time without Monique.”