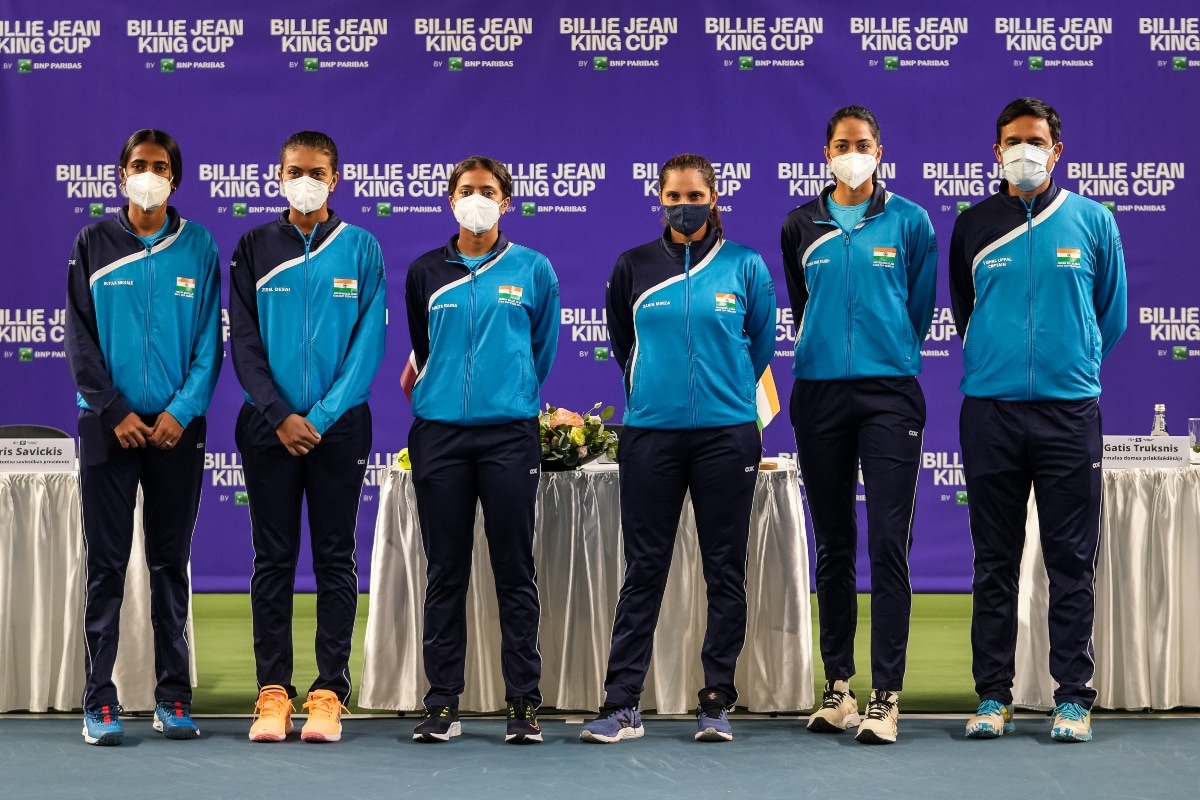 The Indian players have an onerous task at hand to compete against higher-ranked Latvians, including 2017 French Open champion Jelena Ostapenko, when they strive to clear the World Group Play-offs hurdle at the Billie Jean King Cup, here from Friday. By her own admission, Ankita Raina plays her best tennis at this event, formerly known as Fed Cup, and India would again expect her to punch above her weight when she takes on Ostapenko in the tie-opening match of the Play-offs where India are competing for the first time. Though odds are against them, what may go in favour of the Indians is that the tie will be played on indoor hard court as the Latvians surprisingly did not choose clay courts, more suited to their players, and the absence of crowd support for the hosts.

Ankita (ranked 174) and Karman Kaur Thandi (ranked 621), who takes on host number one player Anastasija Sevastova (ranked 47), both said they are ready for a good fight.

Ankita played against Sevastova way back in 2015 at home in Ahmedabad, losing an ITF final to her. Their journeys have been contrasting since then with Sevastova getting into top-50 with a crushing backhand.

She even beat Serena Williams when Latvia played against US in 2020 Fed Cup Qualifiers.

“We mostly play on hard courts, so I am ready and excited for it. I give my best when I represent my country, I am more than ready,” Ankita said at a virtual press conference.

Karman, who is making a comeback after an injury lay-off, said she is physically prepared for the big challenge.

“Fast or slow, it does not matter, both Ankita and I prefer hard courts. It’s a good opportunity for us,” she said.

Asked why he chose Karman over higher-ranked Rutuja Bhosale (419), captain Vishal Uppal said he has gone by his “gut feeling”.

“All my five players have worked hard. I felt Karman can give us some extra on day one. I have gone with my gut,” he said.

Sevastova said she knows Ankita well but watched a few Youtube videos of Karman to get an idea about her game.

“I watched for fun,” she said jokingly.

“I watched to know what are her weapons or weakness. It’s one thing to watch a video and different in real life. You know more when you are on court.”

She played on clay court recently but said switching to hard court won’t be an issue. She admitted that the surface would suit the Indians more.

Uppal felt the absence of crowd will work in India’s favour.

“We have got to this stage (Play-offs) for the first time. The good thing is, there won’t be 5-7 thousand fans screaming at us but at the same time it takes the fun away. Ranking go out of window in Bille Jean King Cup.”

Matches to be telecast live on Eurosport.