Vagamon, Thattekad, Wayanad…Keralites are holidaying in destinations within Kerala 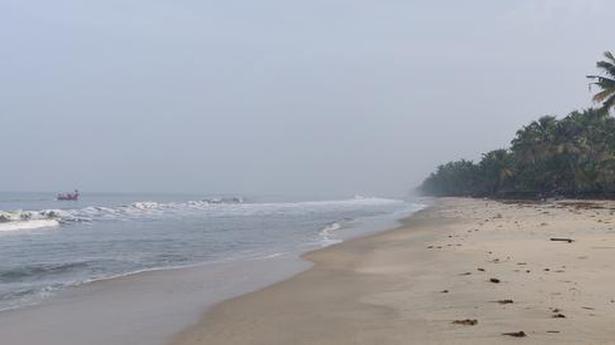 For a change, Kochi-based designer Diya John has been checking out holiday locations right under her nose.

Her travel plans usually involve either exploring other parts of the country or trips overseas. This year, with COVID-19, holidaying has been different. “My friends and I have been exploring Kerala, making impromptu, short trips and what a revelation it has been!” she says. She has crossed off Thattekad (Kochi) and Vagamon (Idukki). Next on her list is Kulamavu in Idukki.

Malayalis are rediscovering Kerala this year: travelling locally, taking staycations, hiking, ziplining, cycling and camping. Tired of being at home, unable to meet friends or socialise, they are resorting to trips ‘away from the pandemic’.

Talkshow host from Kochi, Dhanya Varma says, “We were on the lookout for a quiet, safe option to holiday. We settled on a non-commercial part of Mararikulam (near Alappuzha). It was an incredibly different holiday experience. There was so much peace, calm and quiet.”

With restrictions on travel, locals are making surprise discoveries: like Anu Arabind and her entrepreneur husband A Chandrasekhar, from Kochi, who travelled to Veloor, near Thodupuzha, with family last weekend. “We didn’t know there was a gem like this in our backyard. For us in Kochi, forests seem far away but we have all this in our backyard,” she says, discussing how they trekked through a forest on their one-day trip.

“Interestingly, stakeholders in Kerala’s hospitality industry are now open to the local tourist, unlike before. It has opened their eyes to the potential of travellers like us and not be dismissive of them,” says Chandrasekhar.

Anjana Gopinath, who works with an IT firm, currently based in Kozhikode, has been exploring Wayanad and nearby places almost every weekend. An avid traveller — with family or solo — she was missing her usual travel routine. “We as a family love travelling. Now, we travel within the State, going to places that are not frequented,” she says.

Although based in Thiruvananthapuram, Anjana is in Kozhikode as her husband’s work requires him to be there. Being in Kozhikode presented the opportunity for an “unexpected exploration” of North Kerala, including Agali, Attapady, Karapuzha Dam, and Pakramthalam mountain pass among others.

“These may be places that you would have gone to earlier, but you see them with ‘new eyes’. Because there are fewer people. Nature assumes a different look, it is quieter,” says Sankari Unnithan, who runs an IT recruitment firm in Thiruvananthapuram. She too has been looking for options closer home for holidays. “We never see what is close at hand,” she adds.

Sankari Unnithan in Ponmudi with daughter

She, with her family, holidayed in Ponmudi and Kovalam. Ponmudi is a hill station around 50 kilometres from Thiruvananthapuram. “We used to go to Ponmudi earlier too, but this time it was different. The air was crisper, which we couldn’t enjoy as we did not want to take our masks off. There were fewer people…never got to experience this before,” Sankari says.

However, safety remains key to these travellers — avoiding crowded places, carrying food on one-day trips and preferably sticking to homestays rather than resorts. “We looked at several options but picked a homestay since there wouldn’t be other people and felt safer,” Dhanya says.

On the flip side, with so much movement of people to tourist destinations — both lesser known and popular — there is inevitable crowding and strain on existing resources.

Businessman David Itticheria from Kochi travelled to Wayanad for a short break, but it was not what he expected. “There were so many people… we stayed in the room at the resort. We ate there and didn’t step out,” he says. He adds, “There are too many things to factor in while we travel during a pandemic. I realised this is not the right time because everybody is out travelling.”