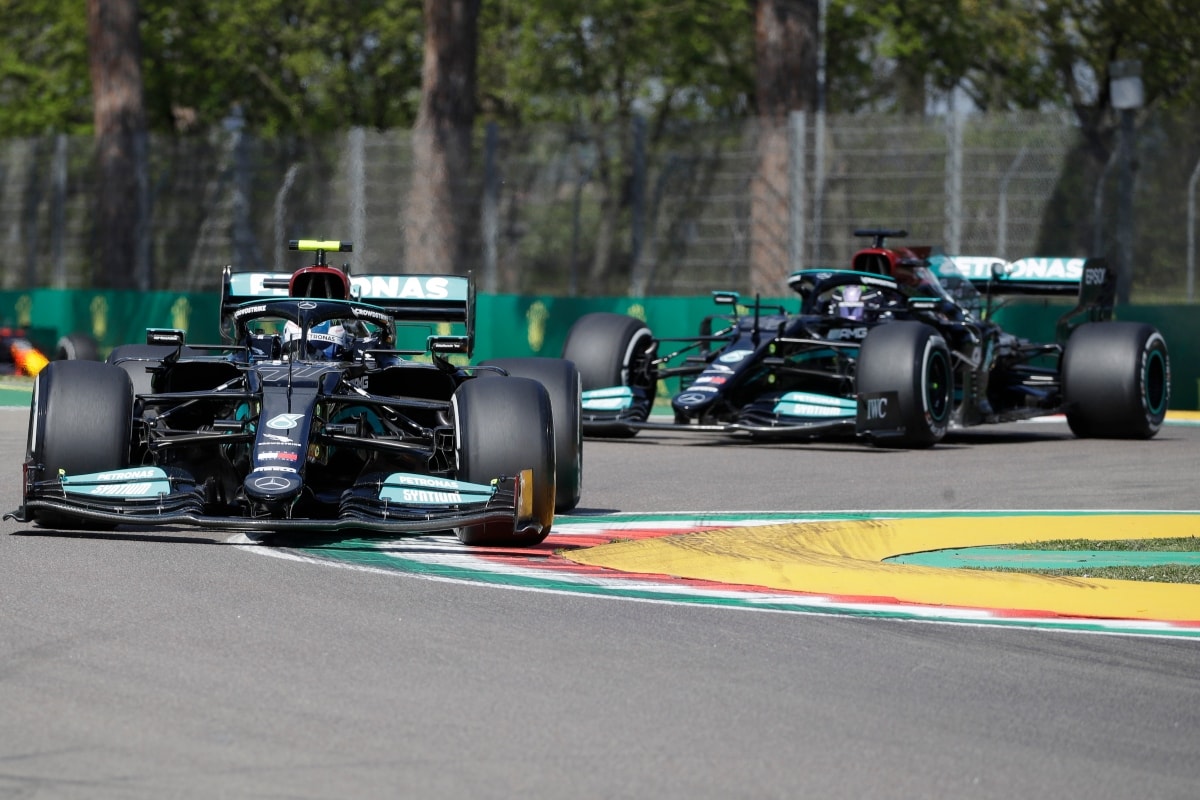 Mercedes drivers Valterri Bottas and Lewis Hamilton steered their way through two red flags on Friday to the best times of the first practice session for the Emilia-Romagna Grand Prix. Bottas was quickest round the legendary Imola circuit but was less than one-tenth of a second faster than his teammate. Similarly there was a cigarette paper between Hamilton, who won the opening race in Bahrain, and Red Bull’s Max Verstappen, the young pretender to the Briton’s world crown. Verstappen was second in Bahrain and Bottas third.

Ferrari’s Charles Leclerc, who expects “important answers” from his car this weekend, was fourth quickest, ahead of Frenchman Pierre Gasly in the AlphaTauri.

Just behind were the second Ferrari of Carlos Sainz and fellow Spaniard Fernando Alonso in the Alpine.

The first of the three practice sessions was also marked by two red flags.

An incident between Red Bull’s Sergio Perez and the Alpine of Esteban Ocon, which escaped the cameras, resulted in both cars damaged and off the track.

The state of Perez’s rear-left tyre and the Frenchman’s front-right tyre suggested contact.

“I’ve only had it from the driver’s perspective but obviously it sounds like Ocon was on a slow lap, and Sergio was on a flying lap and there’s been contact between the two guys into that corner,” said Red Bull team boss Christian Horner.

The second red flag came just before the end of the session after Haas rookie Nikita Mazepin went too wide into a corner and spun.

It was another unfortunate incident for the 22-year-old Russian. He failed to complete the opening lap in Bahrain and has been tagged with the nickname ‘Mazespin’.