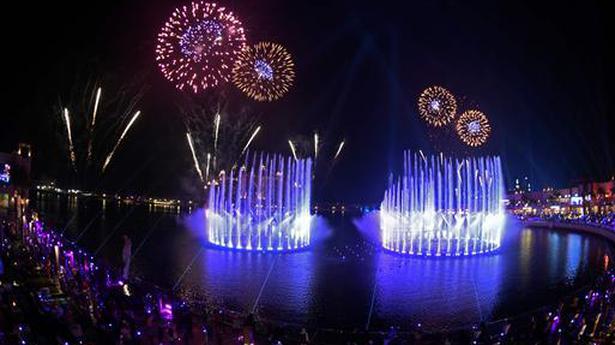 Dubai’s Palm Fountain broke the Guinness World Record for the world’s largest fountain. It spreads over 1,335 square metres of seawater. The record-breaking fountain is located at The Pointe on Palm Jumeirah.

The Palm Fountain was designed with a few tricks including colour and brightness controls. Its water jets dance to songs from all around the world. The song-water shows will include Khaleeji, pop, classic and international music.

It will have 20 bespoke shows with five different shows running daily between sunset and midnight. Each show will last three minutes and will be performed every 30 minutes. The waterfront attractions are open to the public year-round.

We have been keeping you up-to-date with information on the developments in India and the world that have a bearing on our health and wellbeing, our lives and livelihoods, during these difficult times. To enable wide dissemination of news that is in public interest, we have increased the number of articles that can be read free, and extended free trial periods. However, we have a request for those who can afford to subscribe: please do. As we fight disinformation and misinformation, and keep apace with the happenings, we need to commit greater resources to news gathering operations. We promise to deliver quality journalism that stays away from vested interest and political propaganda.