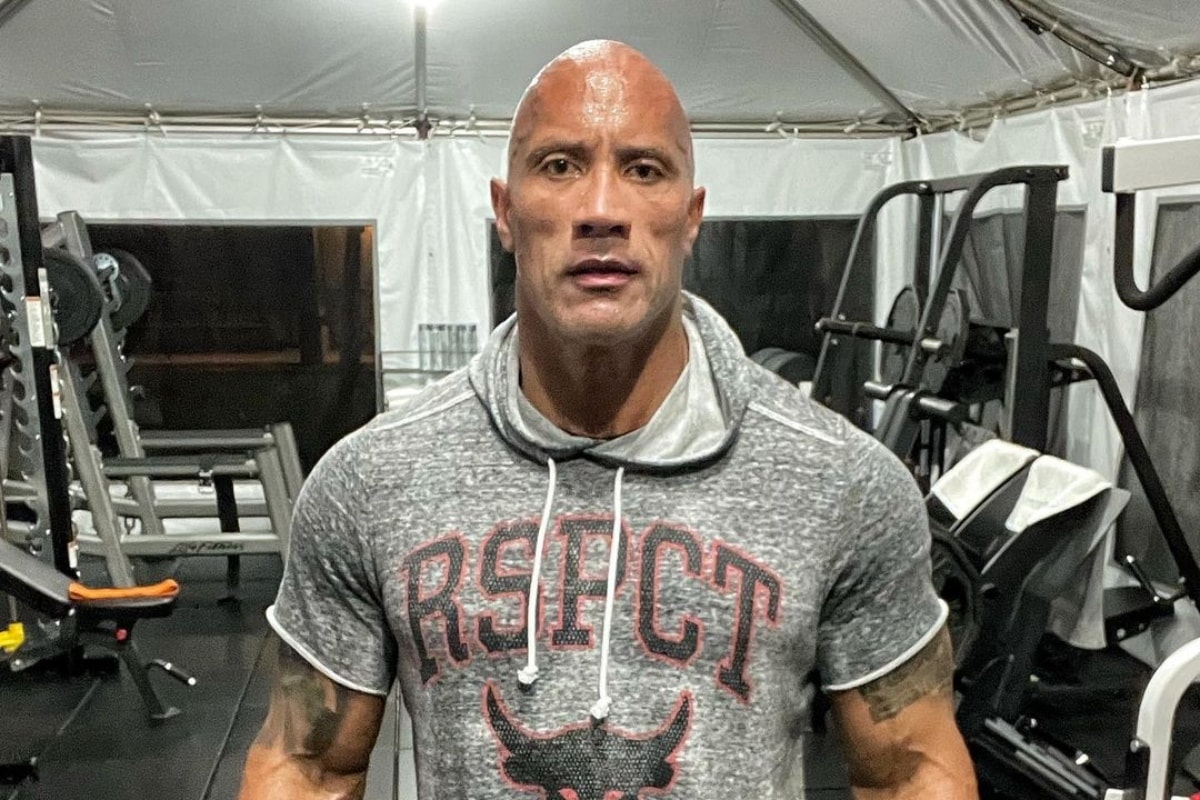 In last night’s episode of Young Rock, Uli Latukefu, who plays Johnson from age 18-20, got to sport the iconic ensemble. The scene even included a good joke about what was inside the famous fanny pack.

Dwayne ‘The Rock’ Johnson always had a great sense of humour, especially when it comes to poking fun at himself. However, the action star’s few looks as iconic as the Johnson sporting a turtle neck, chain, and fanny pack back in the ’90s is making news all over again. His iconic look even made it to the Macy’s Thanksgiving Day Parade last year as the parade featured a float of The Rock wearing a black turtleneck and fanny pack.

The float balloon was created to promote ‘Young Rock’, the new American sitcom that shows The Rock’s life in the late 1980s and early 1990s. The show, that recently began production in Australia, even features a fictional future in which he runs for president.

In last night’s episode, Uli Latukefu, who plays Johnson from age 18-20, got to sport the iconic ensemble. The scene even included a good joke about what was inside the famous fanny pack. Just before the episode aired The Rock took to his Instagram to share a video clip with his 224 plus million followers. He captioned the post “Everything was edible in my college fanny pack.”

The clip features Latukefu, telling his friend who walks into the room, that the fanny pack is filled with “pop-tarts and condoms”.

Johnson had previously shared on the photo-video sharing platform that, ‘Working very closely with our series creator and writer Nahnatchka Khan and she’s a brilliant creative partner who I trust with my wild life story growing up.” He went on to add that they examine every word from each character because they were all ‘real people,’ ‘real family’, many who are still in his life while few have passed away. “Gotta be authentic and get it right. The good, the bad, the heartbreaking, the heartwarming and the f*cking hilarious. Can’t wait for you guys to watch this show,” he added.