Delight in the sticky sweetness of sun ripened fruit on warm afternoons under a tree. Or, just twist open a jar, as produce goes online

An admittedly acquired taste, mellow banana jam spiked with the bracing tartness of lime used to be a staple in many Kerala home kitchens. Now, fortunately, Sheila Chacko makes it in small batches at her home in Mundakayam in Kottayam (Kerala), so you don’t need to stir a cauldron over a wood fire for hours.

On the phone, Sheila explains how she began making the jam about 10 years ago, following her grandmother’s recipe, using organically-grown “small but sweet” Palayamthodan bananas plucked from trees around her house.

She explains the day-long process: “We skin the bananas, wash, slice and then cook them over a wood fire.” The resulting mash is wrung through a thorthu (thin cotton towel) by hand, and then the liquid is simmered again, this time with sugar. As it cooks the jam gets thicker and darker, till it is almost purple. The recipe requires skill to get the texture and colour right, and in many homes this is developed over generations. Sheila says “We have it thickly layered on buttered bread.”

She began selling it to use her regular harvest of bananas, then launched a website a month ago to reach customers across the country.

Although Sheilas also makes guava jam — also from trees in her compound — she says, in Kerala, her pickles are what have been moving the fastest. “Most of the recipes are from my mother, some I have tweaked. You won’t find a nellikai (gooseberry) pickle like mine. It is a red masala: rather hot but popular.” There are also three seafood pickles: prawn, seer fish and veluri (anchovies).

As far as possible, ingredients are procured from the neighbourhood for the business, which is run out of Sheila’s house. “I have four women working with me and we cook in small batches, so everything is fresh,” says Sheila, adding with a laugh, “I get a daily lecture from my family on how I should increase my range. But with 13 products, it’s already a lot of work.”

With a market beyond Kerala opening up, she does however have one more item in the works: Mundakayam Marmalade.

“For eight days, after lockdown was announced, everything was shut off. Then we understood: the cows were giving milk, fruit was ripening, the farm kept giving produce. Nothing was going to stop.”

Between sentences, Satyajit Hange chats with passing farmers as he walks around his farm in Bhodani, a few hundred kilometres South of Pune, and the cheery bustle intermittently spills into the phone call. With a food forest ringed by trees, a busy 90-year-old kitchen, 65 Gir cows and a horse named Yashwant, life at the 21-acre Two Brothers Organic farm, run by Satyajit and his brother Ajinkya Hange, is vibrant. 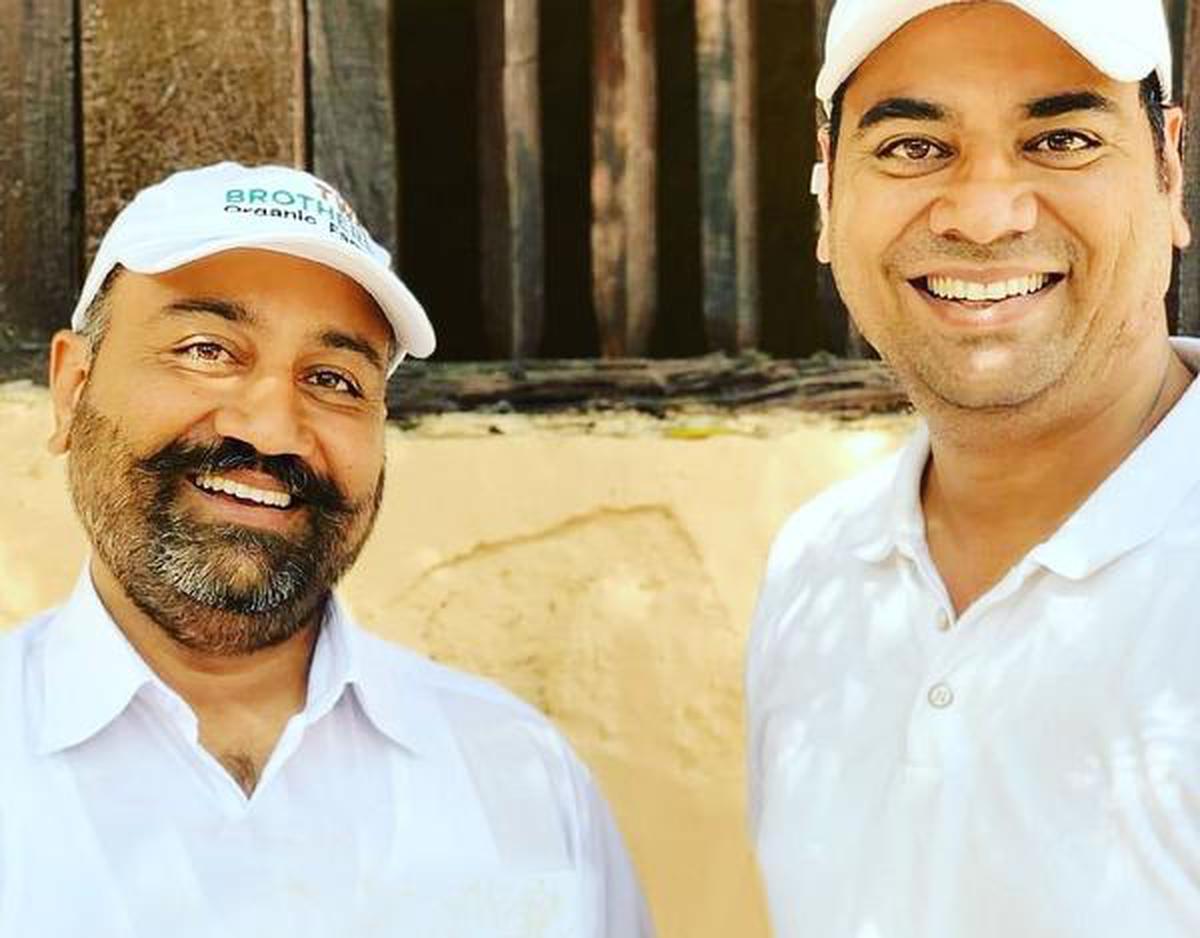 Things got busier when lockdown began in March 2020. “We became an essential commodity. People wanted good food more than ever before.”

Working with a community of farmers and organic shop owners, the brothers did everything possible to ensure produce reached dining tables. “Even if it meant filling our trucks and going to traffic junctions to sell,” says Satyajit, adding that business has doubled since then.

One reason for this popularity is their khapli (emmer) wheat flour. An ancient, indigenous wheat, it is tasty, nutritious and easier to digest for people with gluten intolerances. “My forefathers grew khapli, but about 60 years back it began being replaced in farms by more high-yielding wheat,” says Satyajit, adding, “However, it is pest-resistant, drought-resistant and more resilient to climate change.” Satyajit says he also enjoys its rich flavour. “Normal wheat is like eating fluff. You can chew on khapli rotis. The taste is also far better.”

The farm is fertilised by its Gir cows (apparently Yashwanth’s only role is supervisory.) “Since we started getting a lot of A2 milk, we researched ancient traditions and began to make ghee,” says Satyajit, explaining how they do it old school, “boiling over firewood, cooling, inoculating with curds, churning every morning between 4 and 6 am, and then melting into ghee.” Working with ayurvedic practitioners, they do brahmi, shatavari and ashwagandha ghees, using herbs growing on the farm. Their produce has also yielded fragrant, crumbly til laddoos based on a farmer’s grandmother’s recipe.

“As and when we come across recipes that can use raw foods we have, we make them,” says Satyajit, adding that they are now working with a farmer to use his roses for gulkand.

Award-winning chef Vikas Khanna has been busy helping Indians during the pandemic all the way from New York City, while ruminating on the...
Read more